Hi y’all! So I’ve decided that Friday is going to be my recap day to tell you all about what I’ve been up to each week. The only problem is that I’m a few weeks behind in recapping, so I’m going to play a little game of catch up today and then my Friday’s will become a consistent thing each week, which I’m super stoked about. 😊

I have so many fun things to share with y’all, including my recent trip to Austin, TX.

I had to travel to Austin to coach at an ice skating competition, so Jordan joined me and we made it a (very) miniature vacay and did some super fun things in my free time. After working early on Friday morning, I had the rest of the day free so we decided that our first stop would be at Downtown Austin to walk around and find some grub to eat. We found this place called “Star Bar” that had a fried chicken food truck outside and it served all different levels of spice on their chicken. The drinks we got were great and the chicken was good too, but it was so spicy that I could hardly eat it. 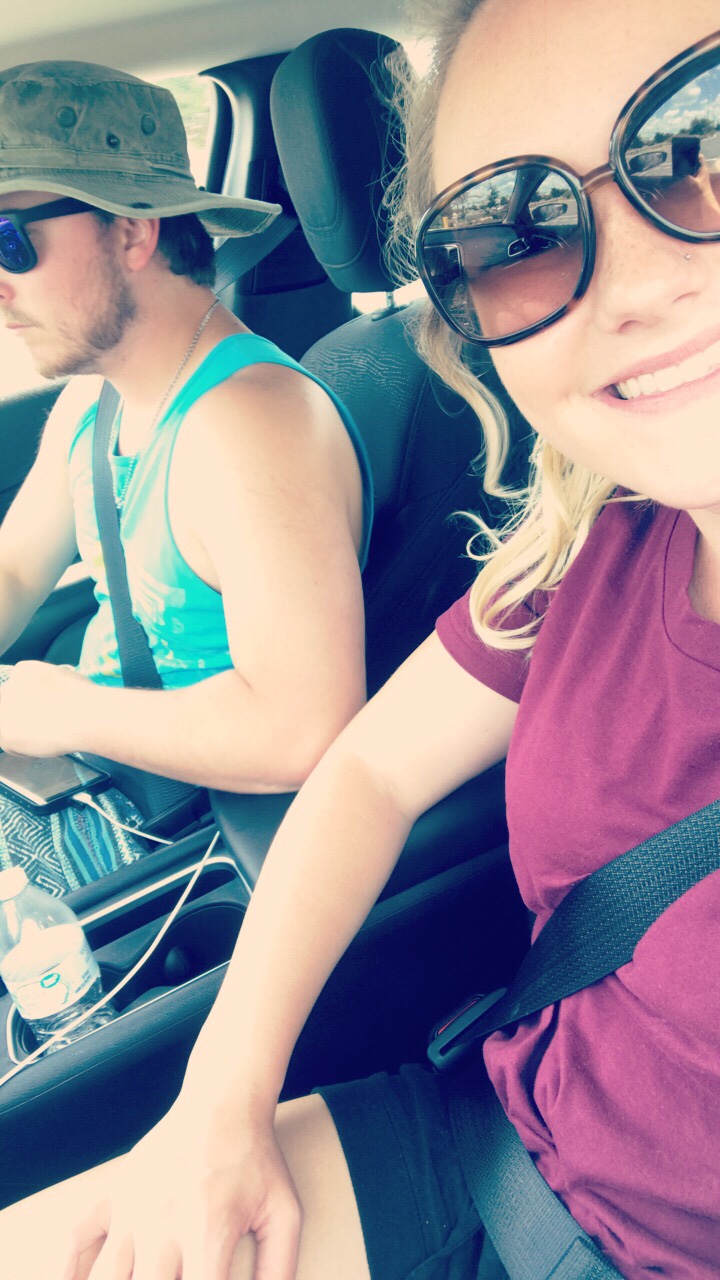 After lunch, we made our way to float the San Marcos River. 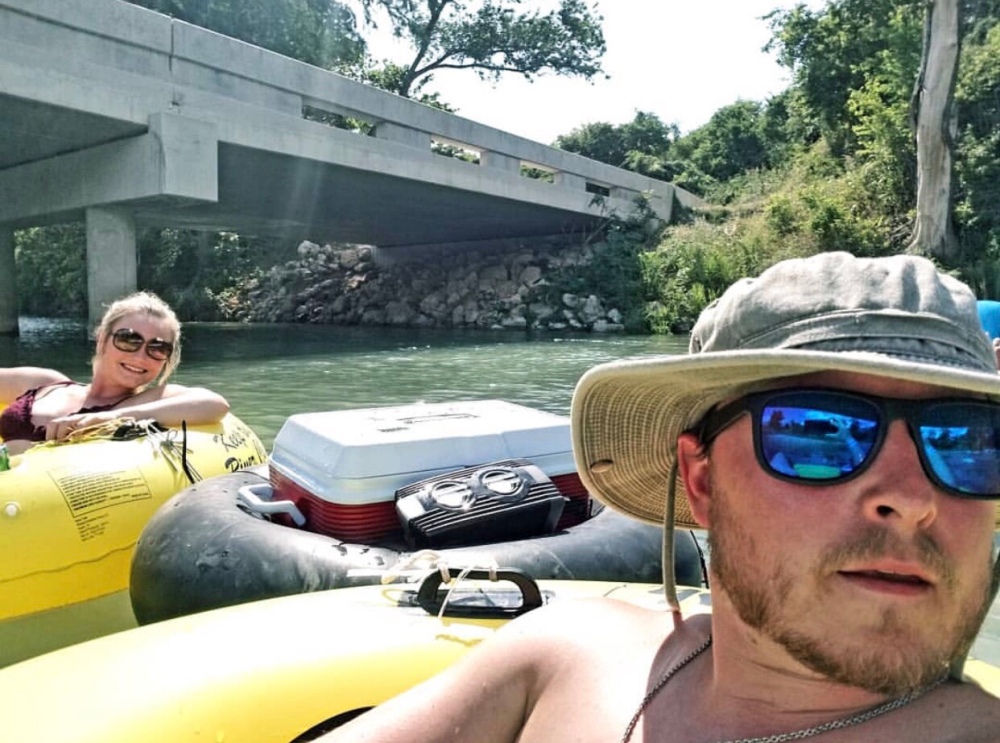 We had lots of fun relaxing in the river and meeting new people. I hadn’t floated the river since I was probably 8 years old, so it was cool to experience it as an adult this time.

Saturday was a busier day because I had 3 different events to coach throughout the day. I had a yummy breakfast at the hotel after my students first event was over. 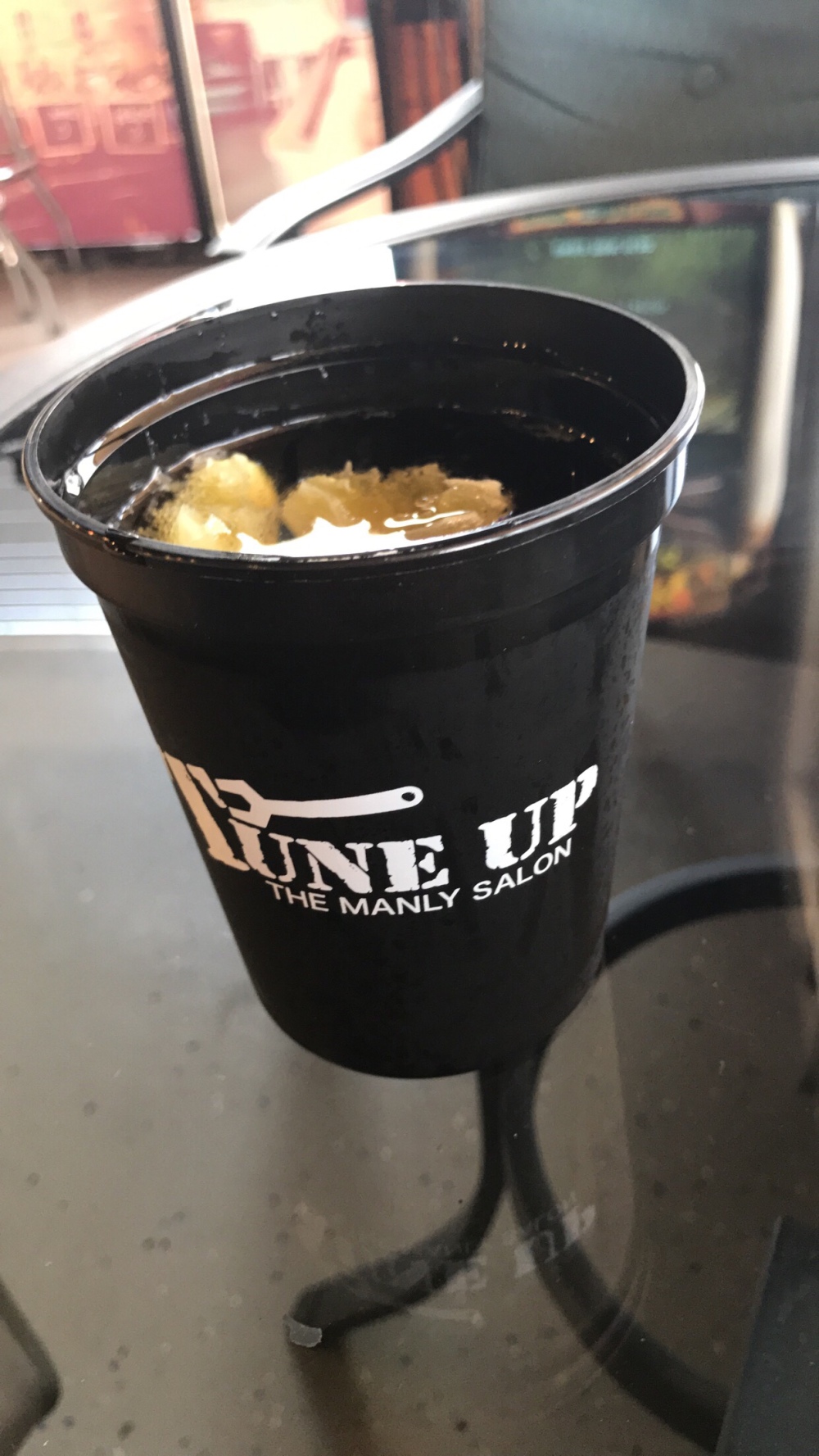 After breakfast, I went with Jordan to get his haircut at “Tune Up The Manly Salon.” He’s been wanting to try out there location close to home, but there happened to be one in Austin and he really wanted a cut, so we thought “why not?”

That place was so awesome for guys. They had games for them to play in the waiting area like corn-hole, shuffleboard, and even video games. They have the sports channels playing and give the guys whatever they’d like to drink (above is a picture of Jordan’s beer) while they get their hair done. 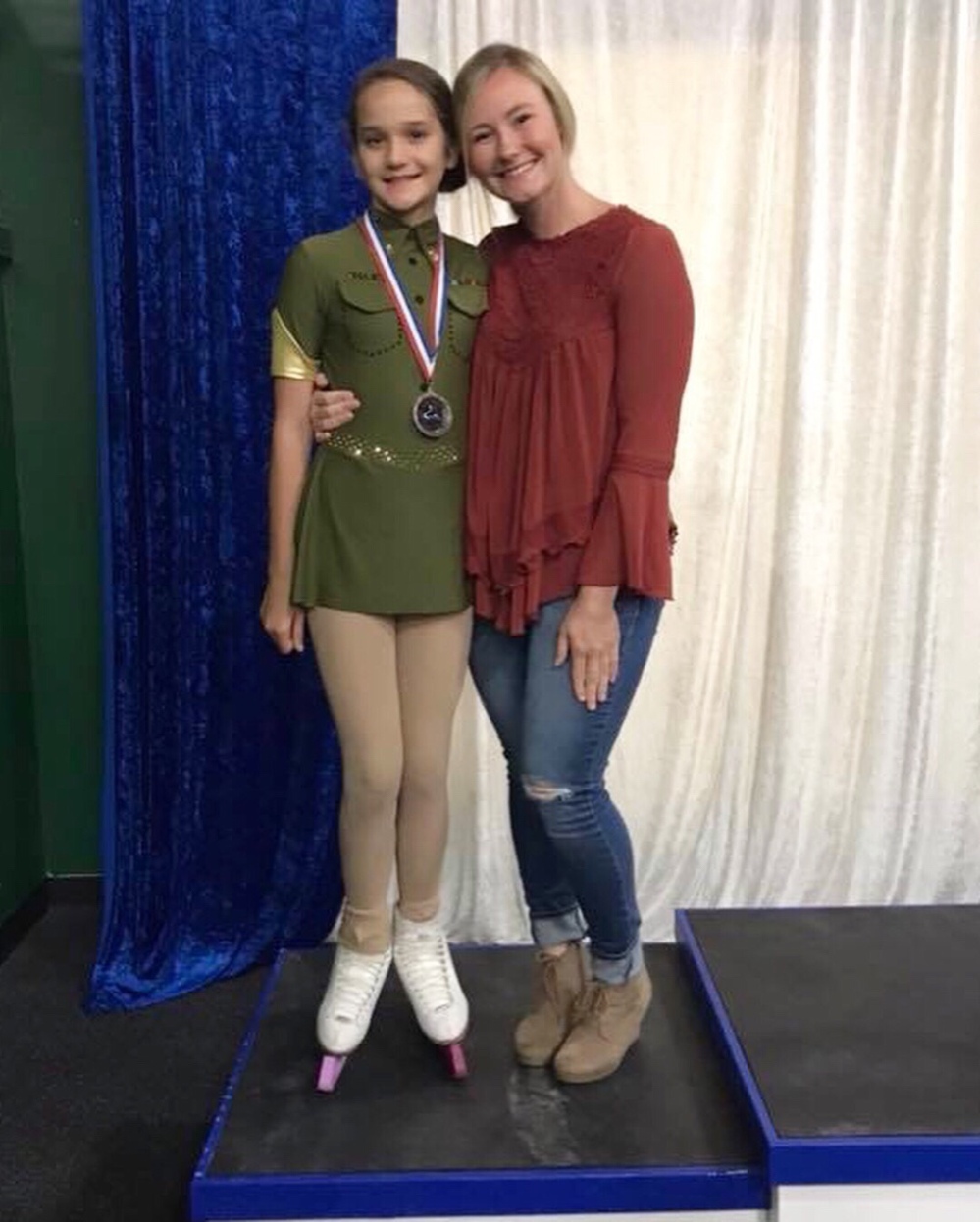 After his haircut, we headed to the rink for another skating event. My student did such an amazing job all day Saturday and I couldn’t have been more proud to be her coach.

After the last skating event, we went to Hopdoddy for a very early dinner with some of our friends. I ordered a bacon cheeseburger with an egg on top and a little Larry to drink. It tasted amazing! Jordan and I also split some of their garlic truffle fries, which are out of this world.

Later that evening, Jordan and I went to Top Golf for a few hours and had tons of fun. Neither of us had played on the first floor, but we actually ended up liking it even though I thought it was going to make it a lot harder to score anything. Maybe my golf skills are just slowly improving. 😉

I had one more skater on Sunday and she also was amazing!! It was a very successful coaching weekend and a fun getaway. I love spending time in Austin, even if it is only for a little while.

The next big thing was Father’s Day! I took Mila with me to go shop the Saturday before and we had such a good time. We listened to music from the “Trolls” and “Emoji” movie on our way to the mall. I love getting to have some quality, girl time with her and getting to teach her how special Father’s Day is to celebrate how much she loves and appreciates her Daddy made me so happy. ❤️

We started the morning showering Jordan with gifts and getting ready for our fancy lunch. He loved everything and Mila & I couldn’t have been more excited. 😊

We went to Fleming’s Steakhouse for lunch and had an incredible time. Jordan and I didn’t eat breakfast so that we could really enjoy this meal I’m about to share with you. 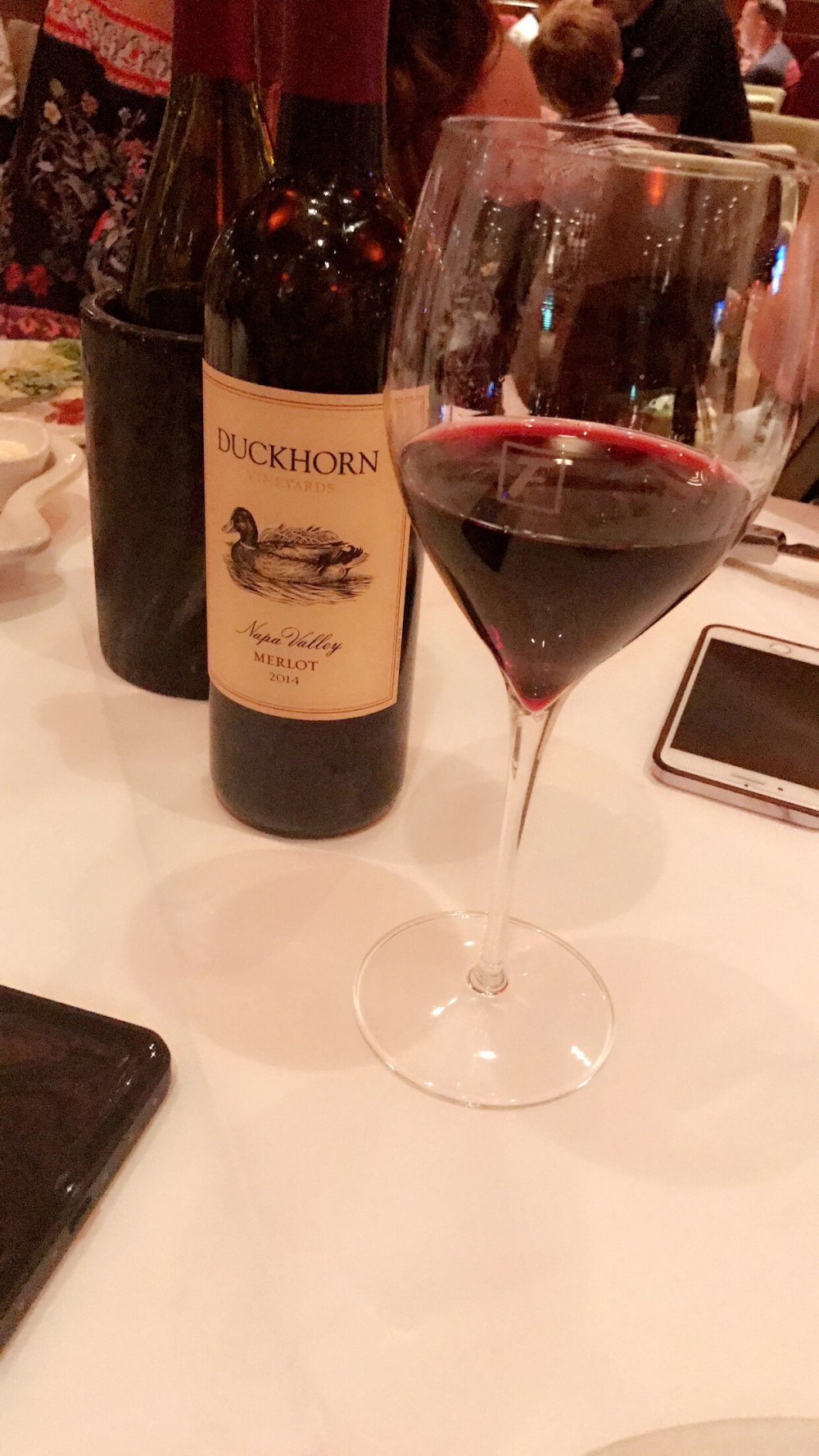 We started off ordering some of our favorite Merlot to share. We tried a bottle of Duckhorn around Christmas time and loved it just as much (if not more) this time as well.

They were serving a Father’s Day special, which started out with a salad and we ordered the Caesar salad. The Caesar had romaine lettuce, prosciutto, Parmesan cheese, capers, and dressing. It was delicious. 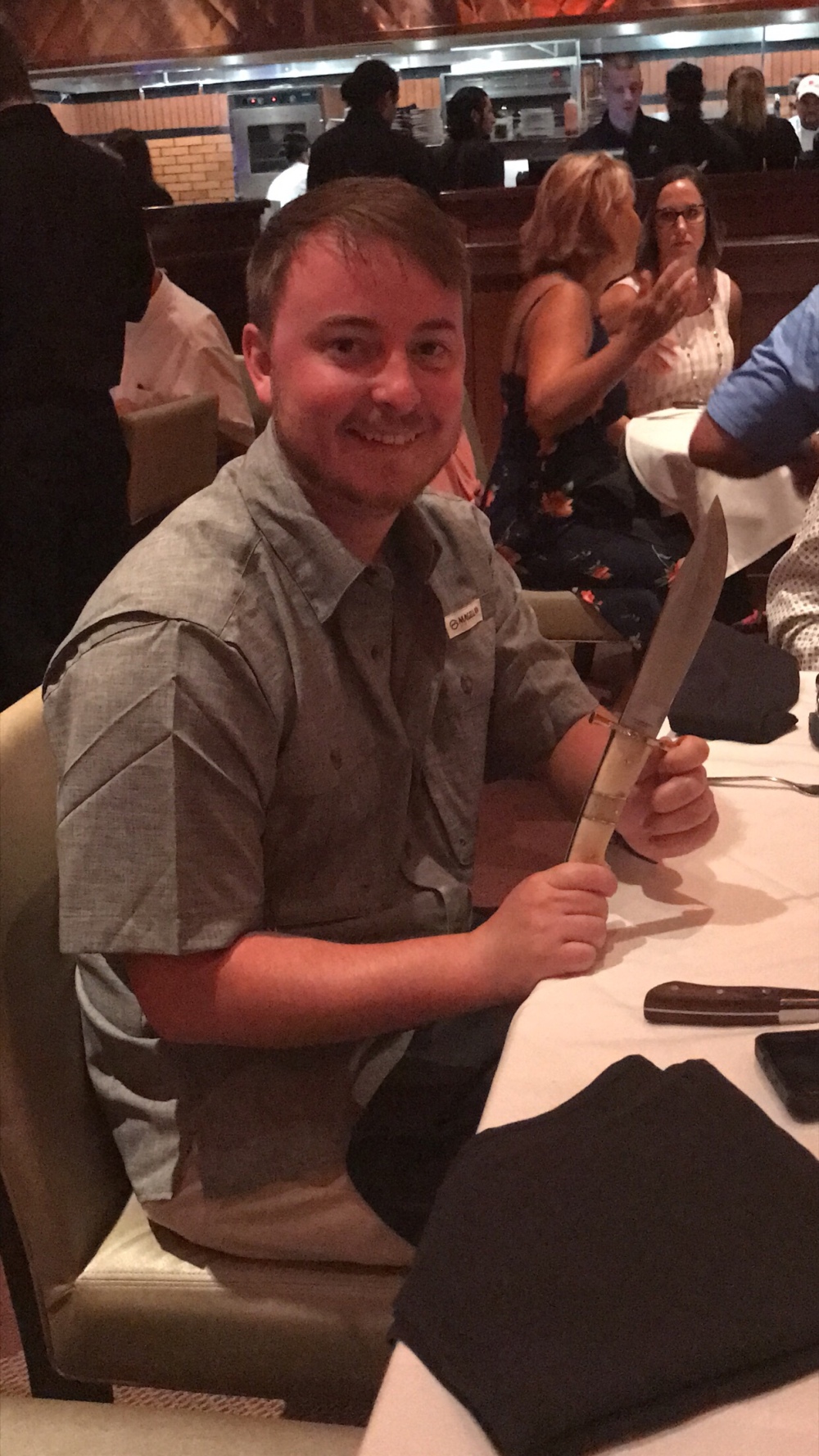 Our main course was a Tomahawk steak and they brought us weapons to choose from to tackle what was to come. Jordan chose a knife that looked like a miniature sword and we both thought it was awesome. 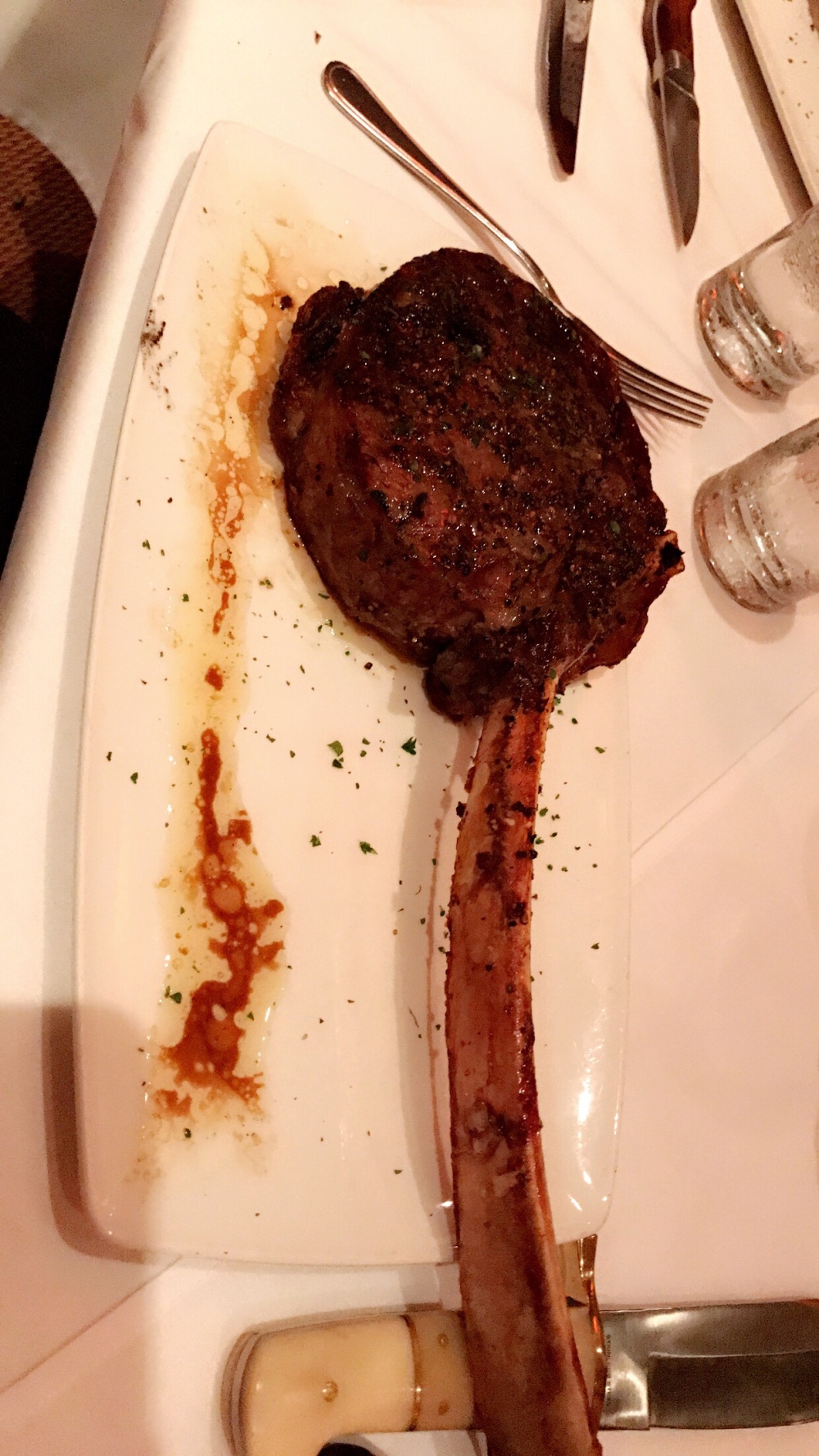 I wish this picture could have done this steak justice. It tasted amazing and looked so cool! Jordan and I split the steak and a side of lobster mac & cheese. Mila also had some mac & cheese.

Later in the afternoon, I went to go spend some time with my Dad for Father’s Day. We went to a place called, Grab and Go Tacos, for dinner and came back to the house to do presents and watch a movie. We watched “I Can Only Imagine” and it ended up being such a great movie. It’s one of those movies that really makes you feel something and that’s my favorite kind.

Last week was primarily focused on cleaning/organizing the apartment, cooking some healthy meals, and working on my Summer Fitness Challenge. Jordan started making these stuffed bell peppers (I’ll post the recipe soon!) and they are one of my new favorite dishes. 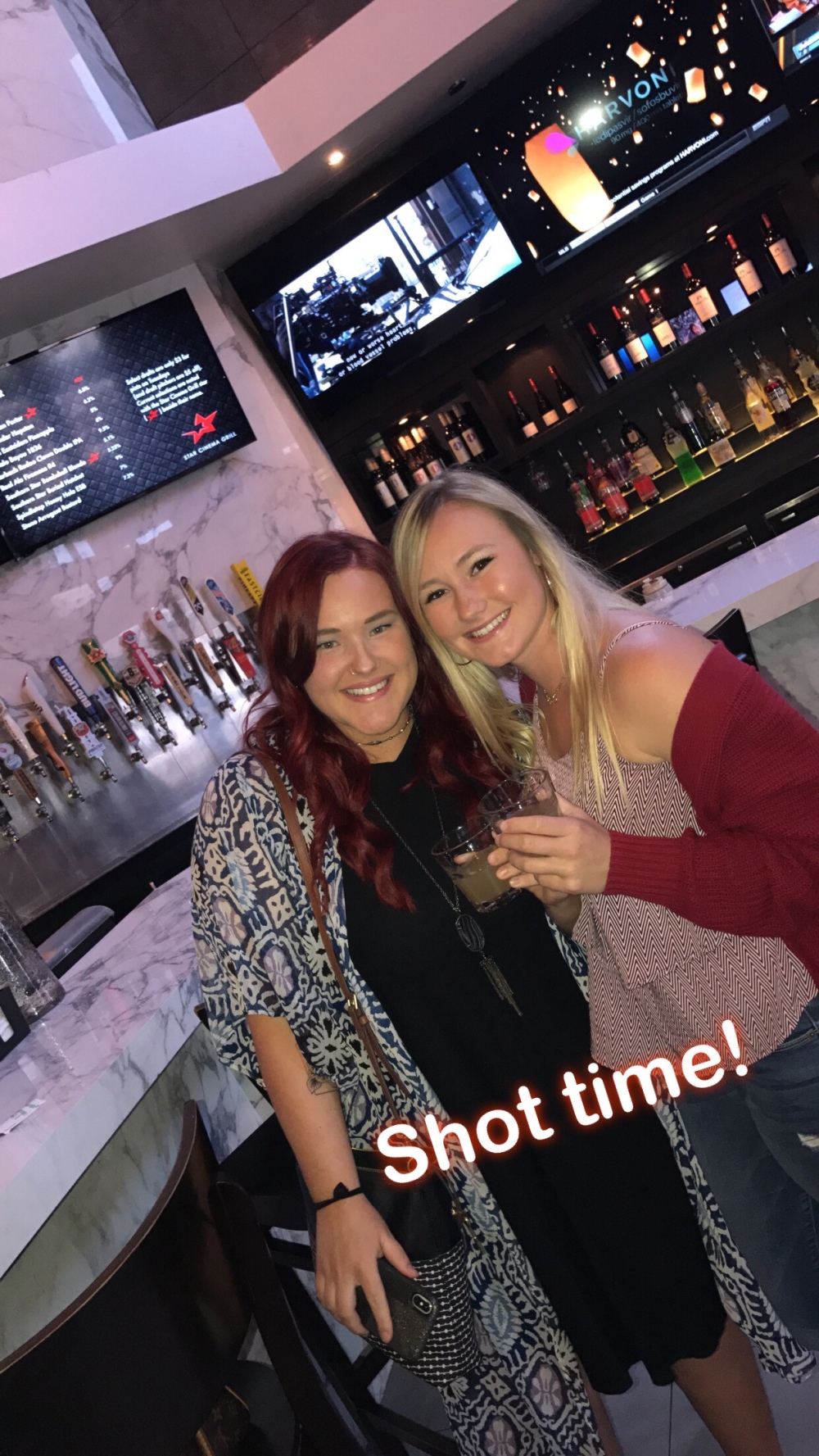 Last Friday was was my sisters 21st birthday and we had such a fun day! I met with her and my family (+ Samantha who is pretty much family) for lunch at Shogun, where she had her first “legal” beer. After lunch, we headed over to the movie theater (where I got her a shot) to see the new Jurassic World. That movie was great! 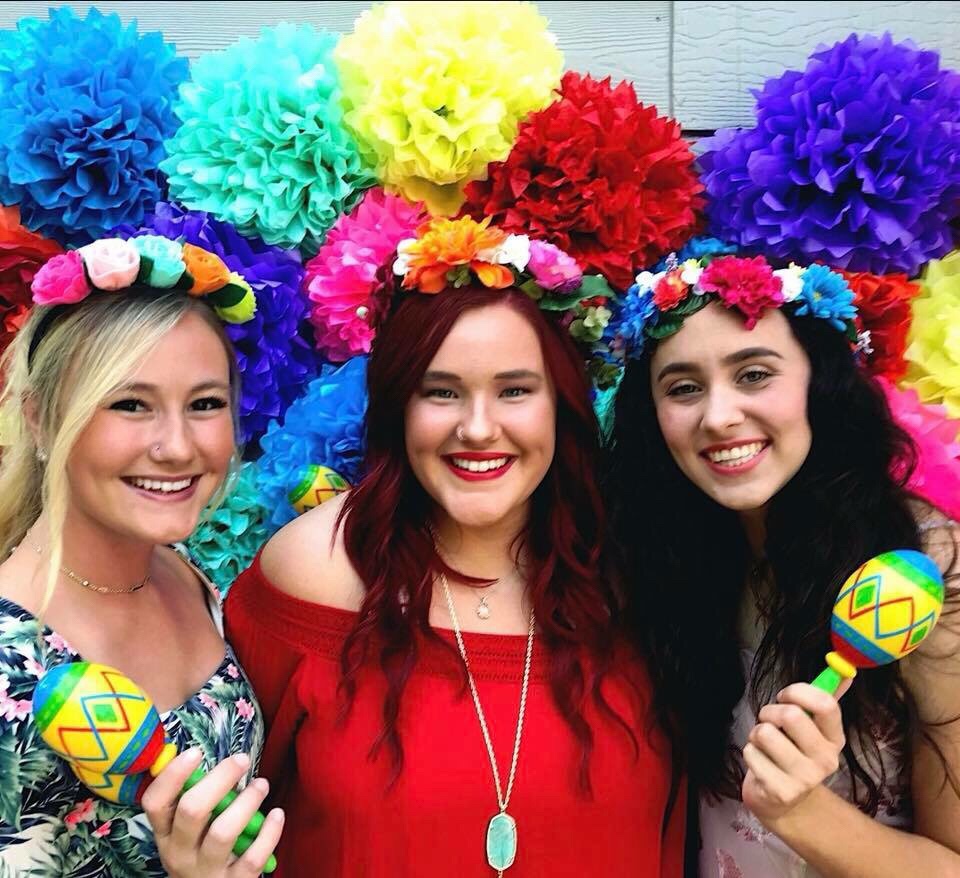 Later that evening, Bailey had a Fiesta themed party, which was super cute and so much fun. We drank margaritas, played cards against humanity, and celebrated Bay!

The following Saturday was Jordan’s aunt, Jeanene, and her soon to be husband, Randy’s, wedding shower. I loved getting to celebrate this beautiful couple and I cannot wait for their wedding next month. 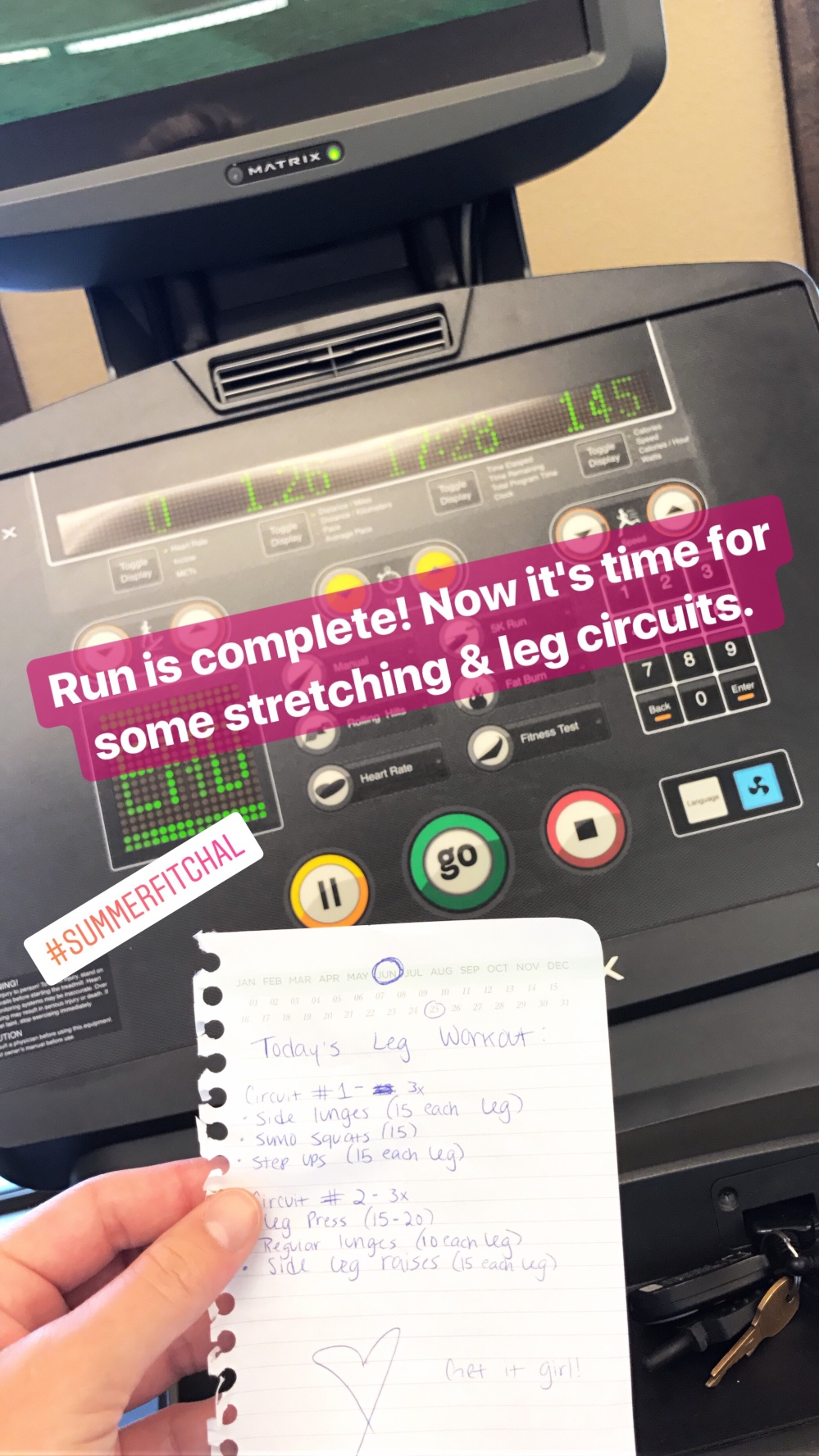 This past Monday was the first day of my 8-week Summer Fitness Challenge. I had an egg bagel & coffee for breakfast and I also ran 1 mile/walked 0.25 + I did some leg circuits. My body was shot after this first day and my legs were so sore for the following two days.

Tuesday morning, I woke up a little earlier than normal and was able to enjoy a nice breakfast and coffee before an early morning of coaching. 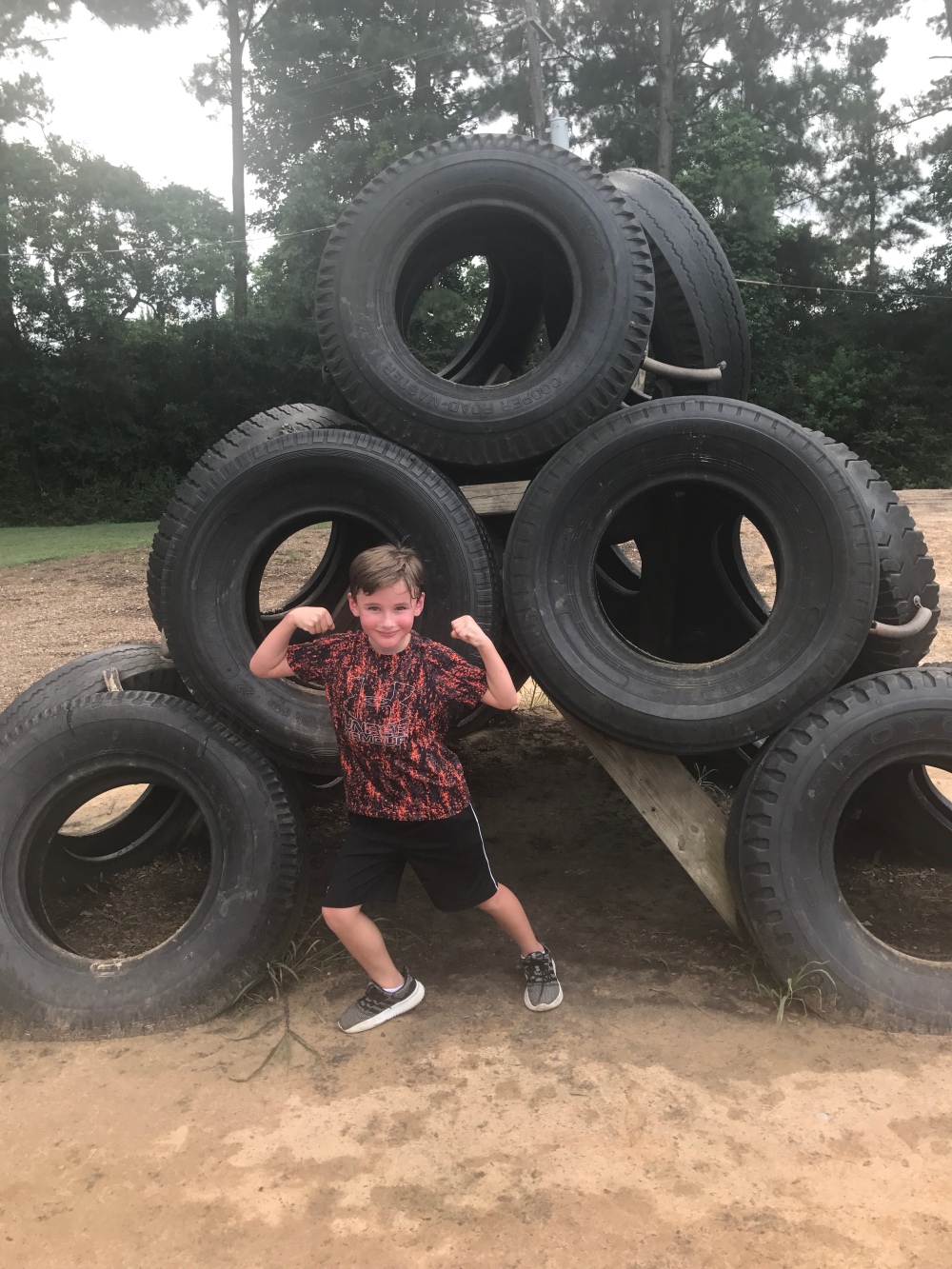 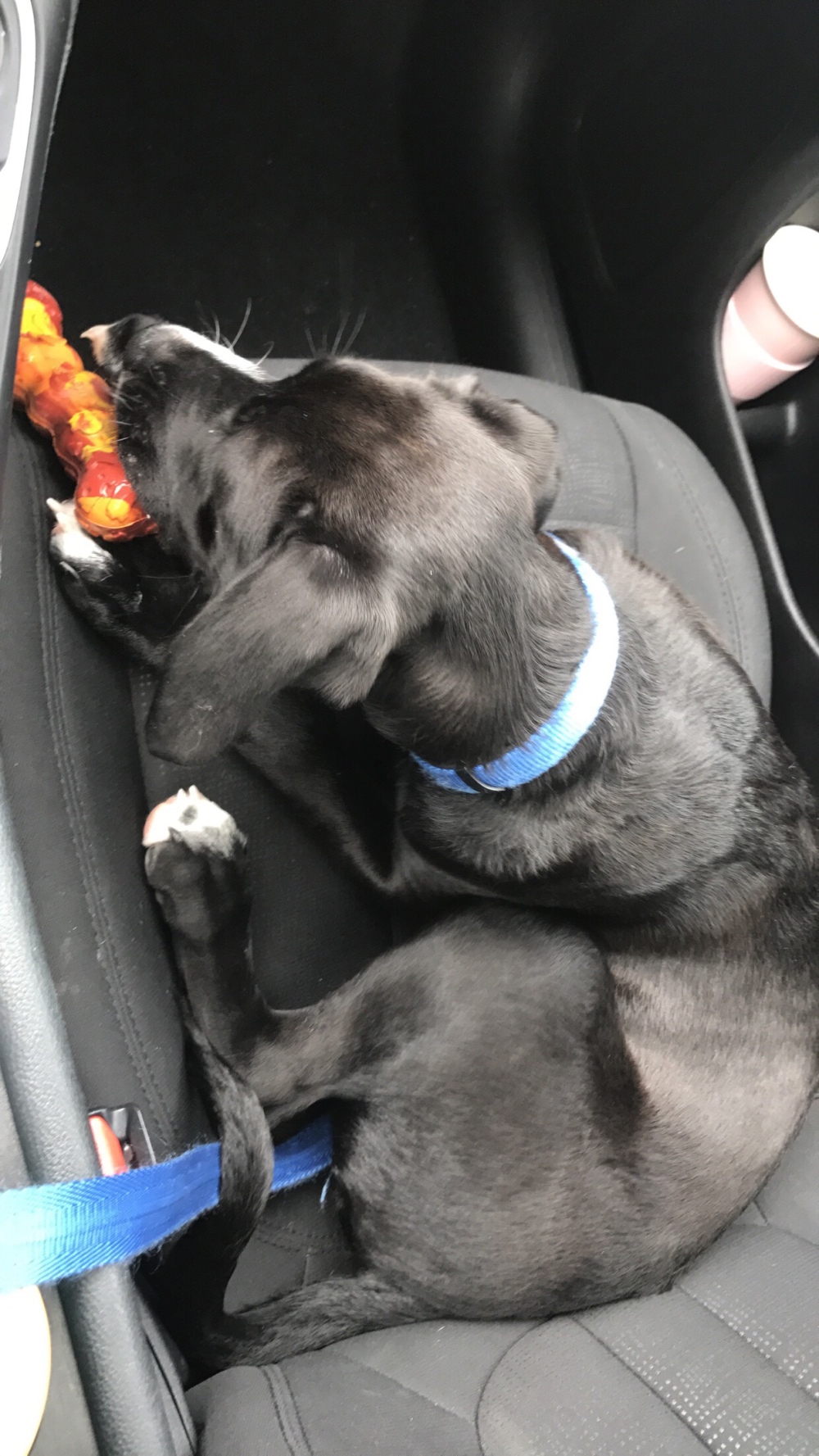 After work, I took Hudson and Huk to a fun park! Hudson and I had tons of fun running around and zip lining together. I considered this my cross-training for the day because it was brutally hot outside and I burned tons of calories.

Tuesday evening, Jordan and I went over to our friend’s, Taylor and Wesley’s, house for a dinner and game night. Taylor cooked some delicious pork chops and Jordan and I brought over the sautéed veggies, rice, and wine.

We played “What Do You Meme” which was a total blast! 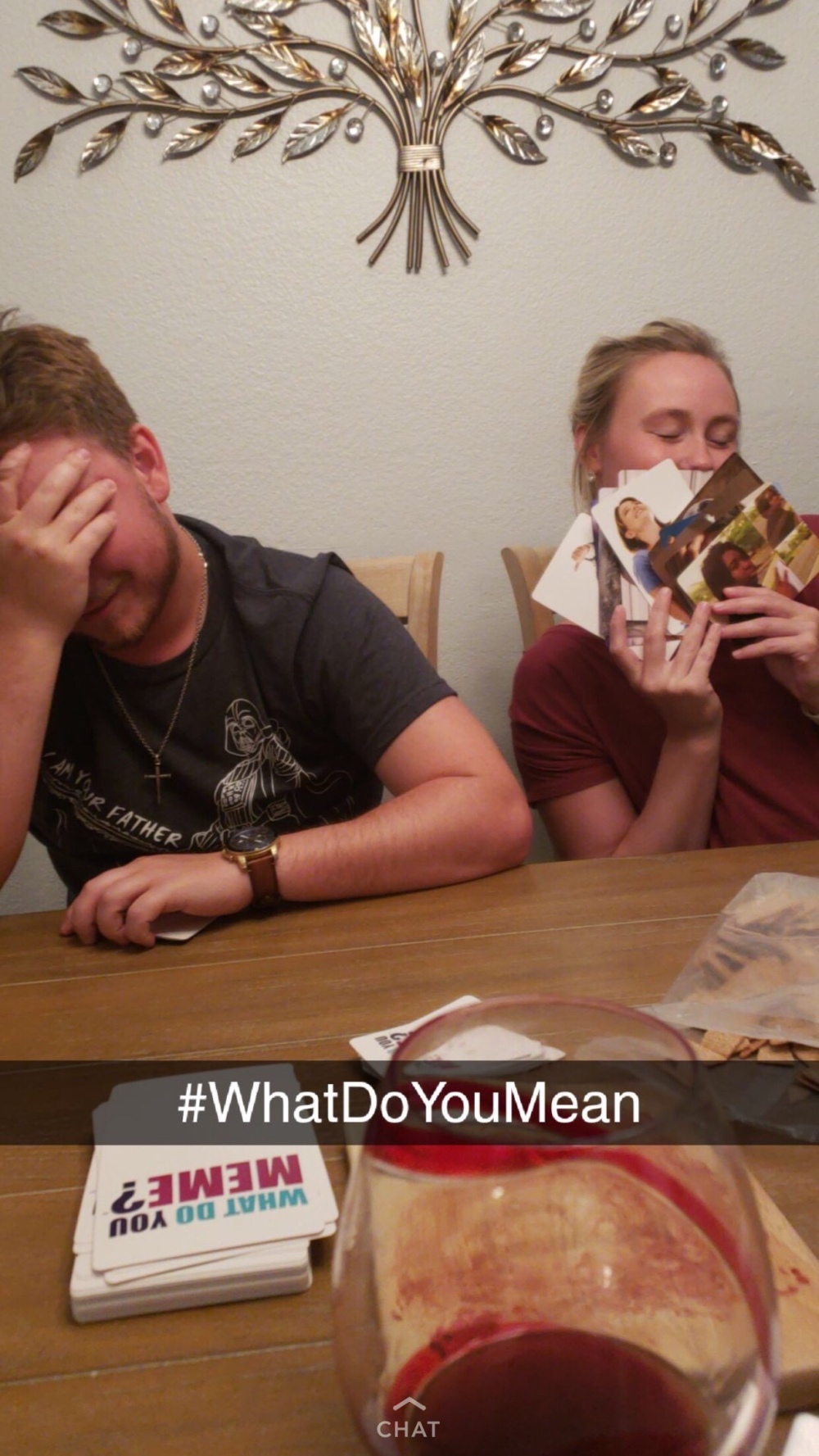 I won and couldn’t stop singing Justin Bieber’s song “what do you mean,” but said “meme” instead of “mean” of course. Jordan was a little bummed about my winning as you can see. Sorry Jordan. 😜 We also played the Game of Thrones version of clue and it was Jordan and Taylor’s first time to ever play Clue, which is so crazy to me. I won that game too..😉 I was on a role that night.

Wednesday was my second run for the week and it was brutal. My legs were still so sore from Monday, so I had to really push myself to get through the first half mile and the the second half was a lot easier and it actually helped me get through some of the soreness I was feeling. I also did some ab circuits, which were great. I always love working out my abs.

After the workout (and a shower) I made some chicken quesadillas on whole wheat, low-carb tortillas and some sautéed bell peppers and onions. The veggies didn’t end up tasting good because I didn’t use the right seasoning, but the quesadillas were a hit.

Yesterday was a very long, 9 hour day of coaching. I skated for a bit with one of my students as my cross training for the day. In the evening, Jordan made the stuffed bell peppers again and they were even better than last time. I will be sharing a separate post very soon, so you can all have the recipe. 😋 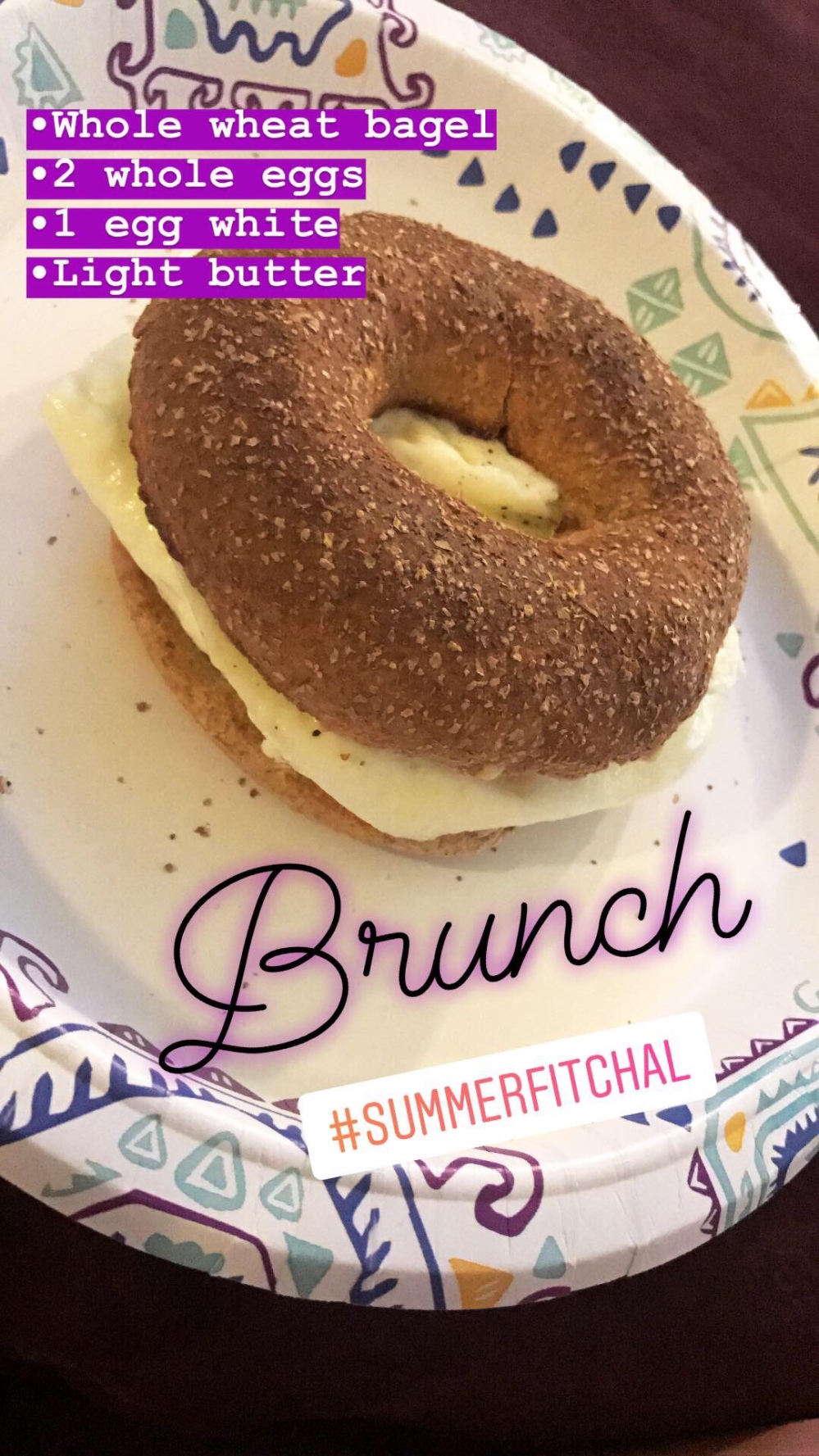 Today is a work free day for me, so spent it deep cleaning the apartment and it looks and smells so good. I took a break around noon to make myself an egg bagel.

Now, I plan to wrap up this recap and get to running again! Today is my 2 mile run day + some upper body workouts, so wish me luck.