Hey y’all!! I apologize for being away so long. I had thought I’d be spending a few more days stuck inside after my last post, but between helping others with their flooded homes and then trying to get back into the swing of things, life got quite hectic. I hope you all are doing well and that my readers from Texas, Florida, Mexico, and Puerto Rico know that my prayers are with you all!!

Here is my experience through Hurricane Harvey: 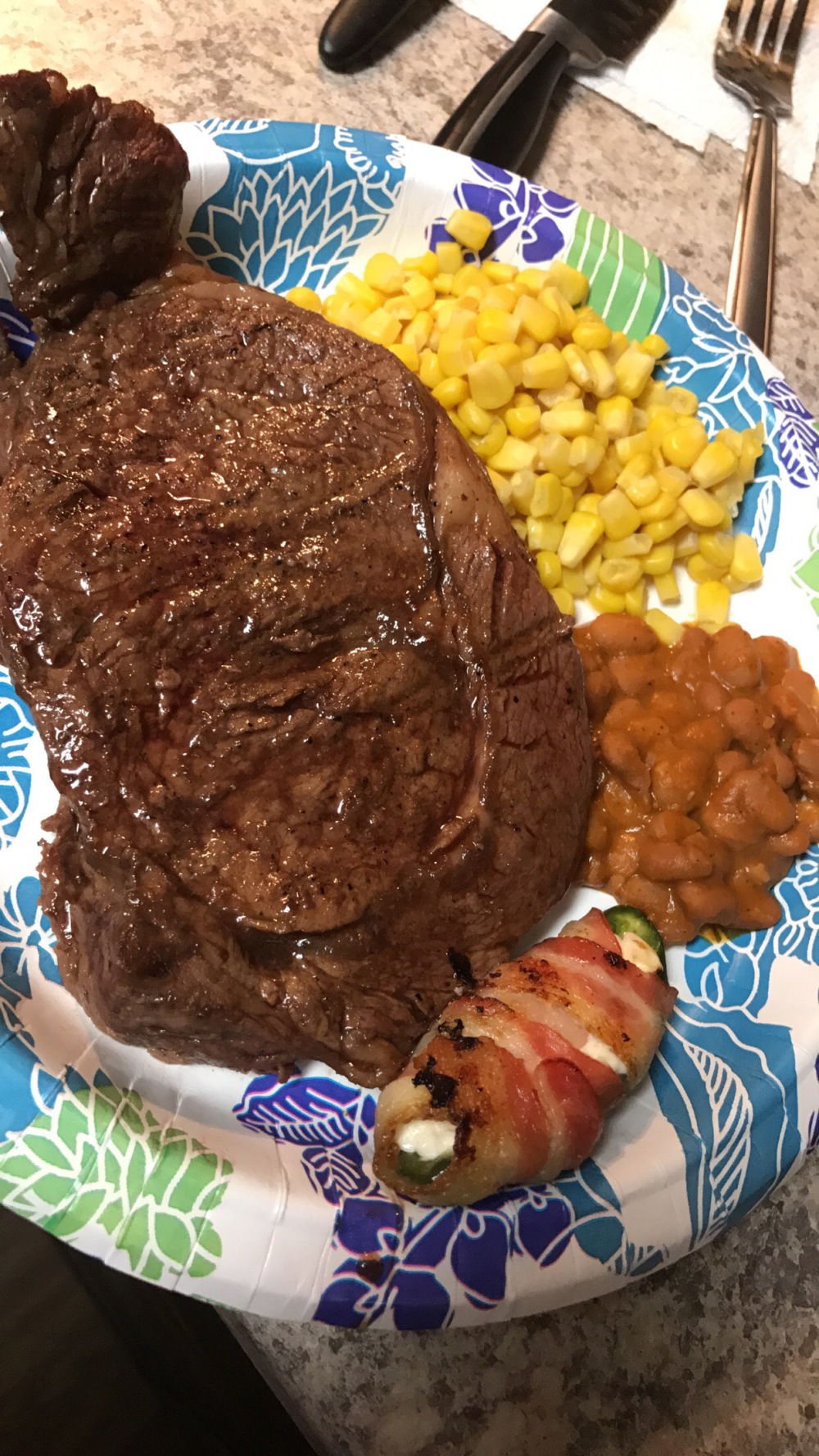 Friday night before the storm started rumbling in, Jordan and I made a very yummy and filling dinner. We got these giant steaks that Jordan seasoned and grilled to perfection. He also grilled some jalapeño poppers and I made some corn & baked beans.

We watched “The Passion of the Christ” while we ate. I had never seen the movie before and I absolutely loved it. We also watched “The Case for Christ” that same evening. I had been wanting to watch that movie for months because Lee Strobel actually comes to speak at my church every once in awhile and his story is such a great one.

Saturday night, Jordan and I went to his parents to watch the Texans and Saints play each other. I’m a Texans fan unless they play my Saints lol.

All night long all we heard was thunder, rain, and tornado warning alerts. We didn’t know what we would be waking up to Sunday morning.

We had some eggs & coffee before going out to explore some of our city.

First, we tried to stop by the closest H-E-B to grab some more food since the flooding was already getting so bad. Unfortunately the store was closed and the roads surrounding it were already getting water too high for small cars to drive through. 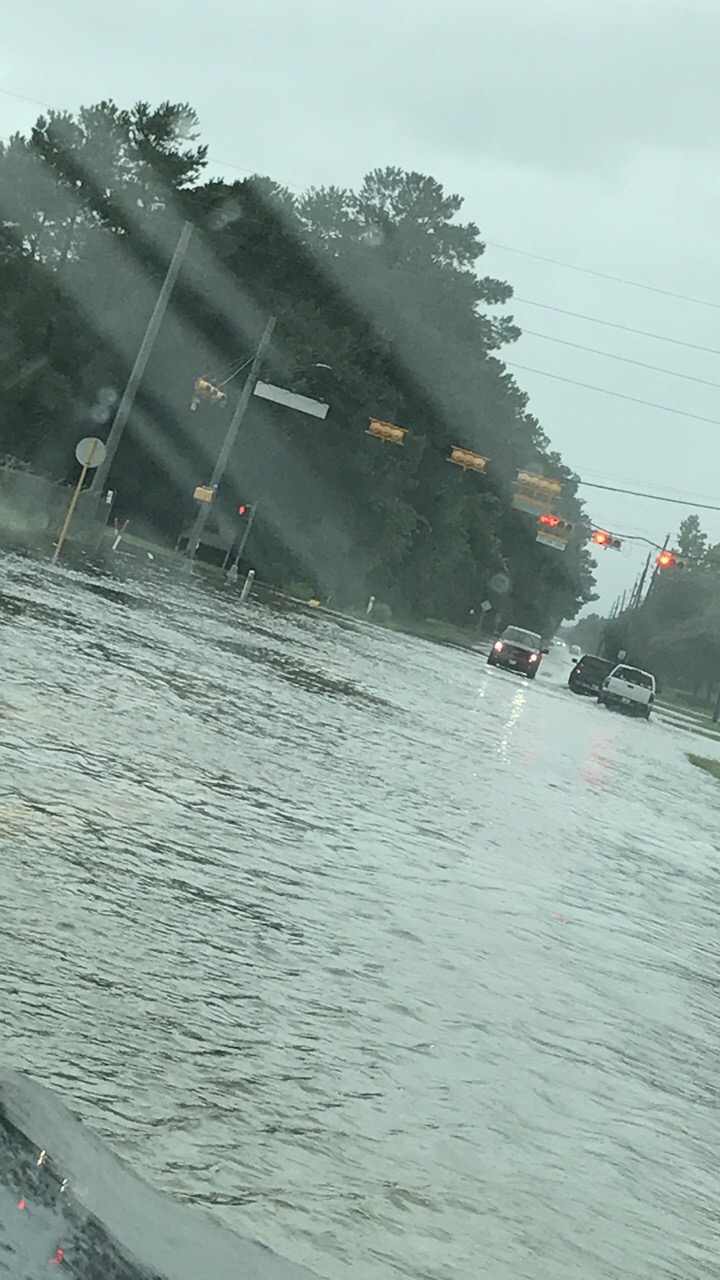 This intersection ended up causing Jordan and I a lot of grief.. He has a lifted truck with about two feet of clearance to make it through the high water, but by the time we were heading back home, this foot of water had risen to about a foot and a half and someone decided to speed past us while we drove through the water. Jordan’s truck ended up getting water splashed up into the engine, causing the truck to stall for about an hour. We were eventually able to get pulled out and luckily were just a mile away from the apartment, but it was a serious bummer. 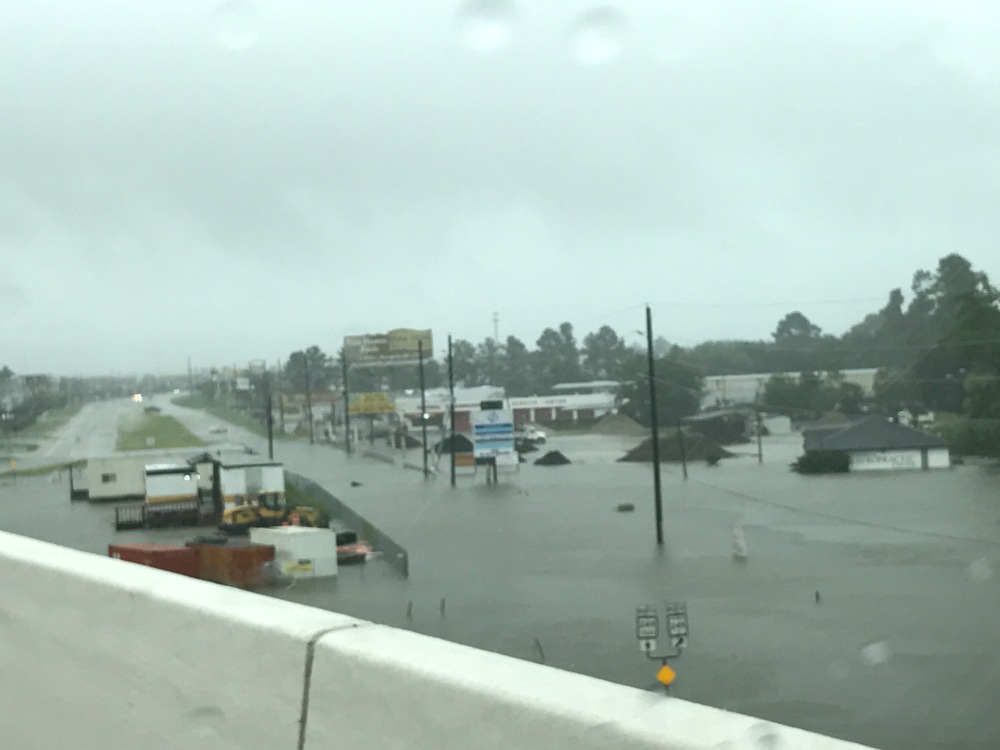 Before the truck got flooded, we were able to do a little exploring. We hopped on 249 and looked around Spring, Willowbrook, and Tomball. It was crazy to see Cypresswood and old Town Tomball look the way it did so soon. This was only after a night of rain. You can imagine what it all looked like in the days to come…

We were also able to make it to an open grocery store to get some more food and drinks (thank goodness). Once we got back to the apartment we decided to stay put and not risk going out until we knew things were better.

To bring some light to the situation. It was funny to see and share the concern of possibly not getting to watch the GoT finale. We were blessed with consistent power, so we were able to enjoy watching it on time that Sunday. It was amazing by the way.

​I had picked up some Game of Thrones wine from World Market earlier that week to enjoy while we watched the show. It did not disappoint. We warmed up some DiGiorno meat lovers & stuffed crust pizza.

Might be nerdy, but I couldn’t pass up ​this opportunity. The bottle was gorgeous. 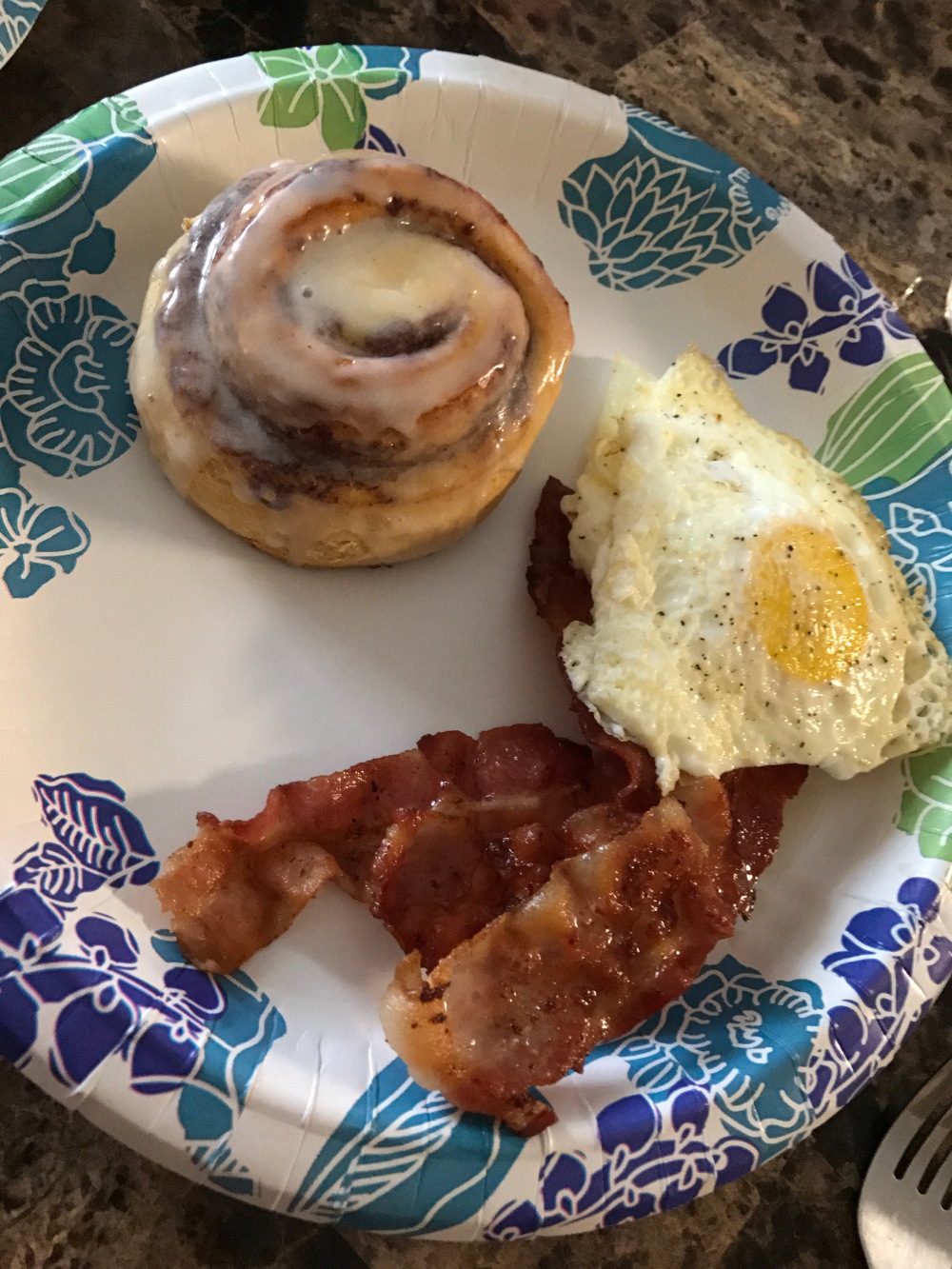 Monday morning I made a yummy breakfast spread of eggs, bacon, and cinnamon rolls.

Jordan and I spent a lot of time playing call of duty and watching movies/TV shows. We’re super into Narcos, House of Cards, and Blacklist.

Jordan grilled some amazing BBQ pork ribs that I was obsessed with and I made some ranch style beans, black bean/brown rice mix, and garlic knots. We really enjoyed getting to make a bunch of home cooked meals.

It was honestly really nice getting to spend that endless amount of time together without anything planned to do. I loved playing video games, snuggling, watching movies, and cooking with him for that entire week. ​

We actually caught a glimpse of sunshine on Tuesday. I tried to drive to my apartment to check on it, but there was still water too high for my car to make it, so I turned around and waited to try again.

That evening, we warmed up some butterfly shrimp and crab cakes. They were delicious and tasted great with my wine. 😉🍷 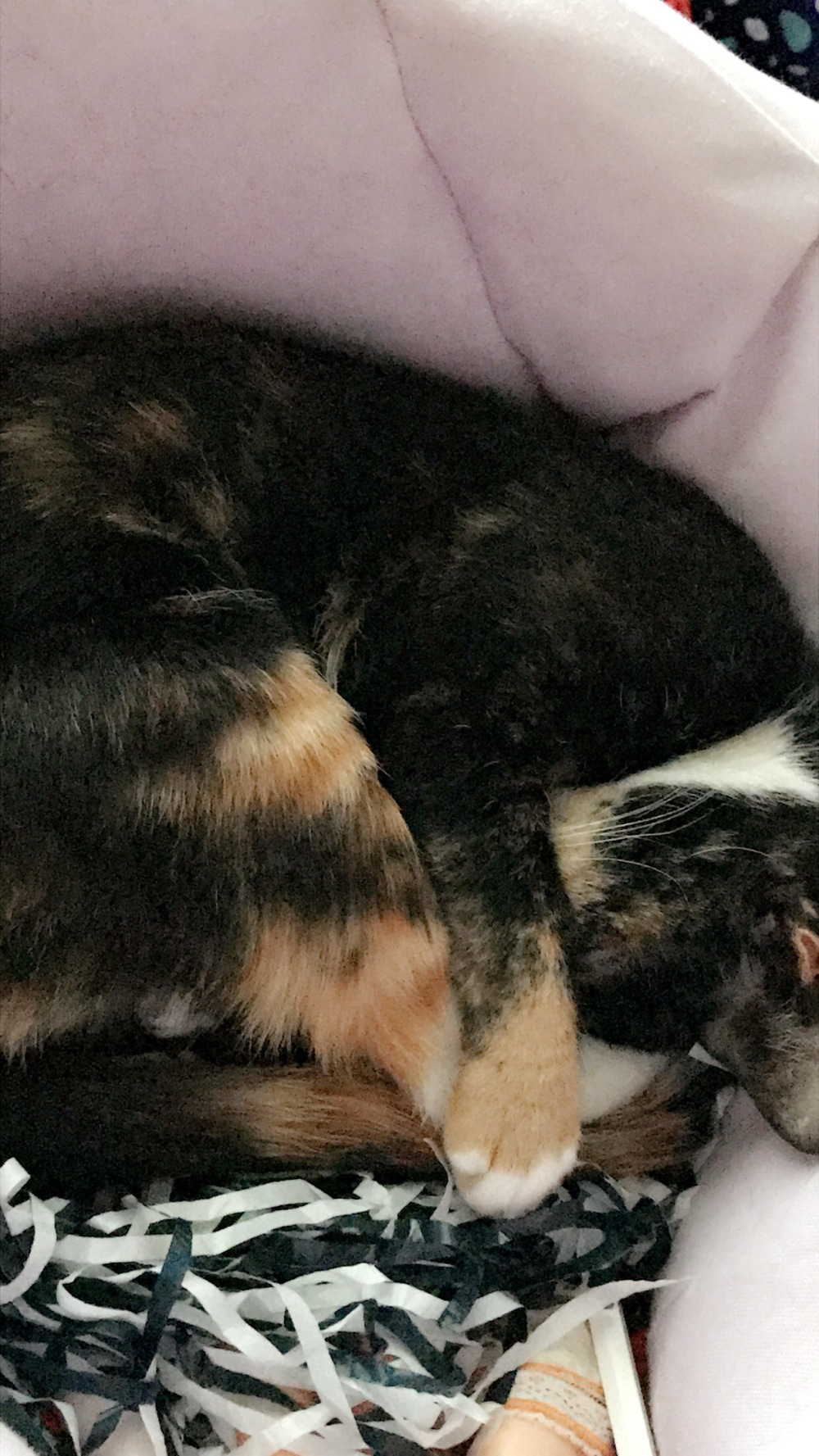 The cats also received lots of snuggling that week. 😻

By Wednesday I was able to drive around most of the roads where we live in my car, so Jordan and I went out for some Mongolian food and checked on my apartment.

It appeared that my place lost power and apparently a tornado had hit the road my apartments are off of, but the only damage I was able to see was this leak in my bathroom. We truly were blessed during this hurricane. 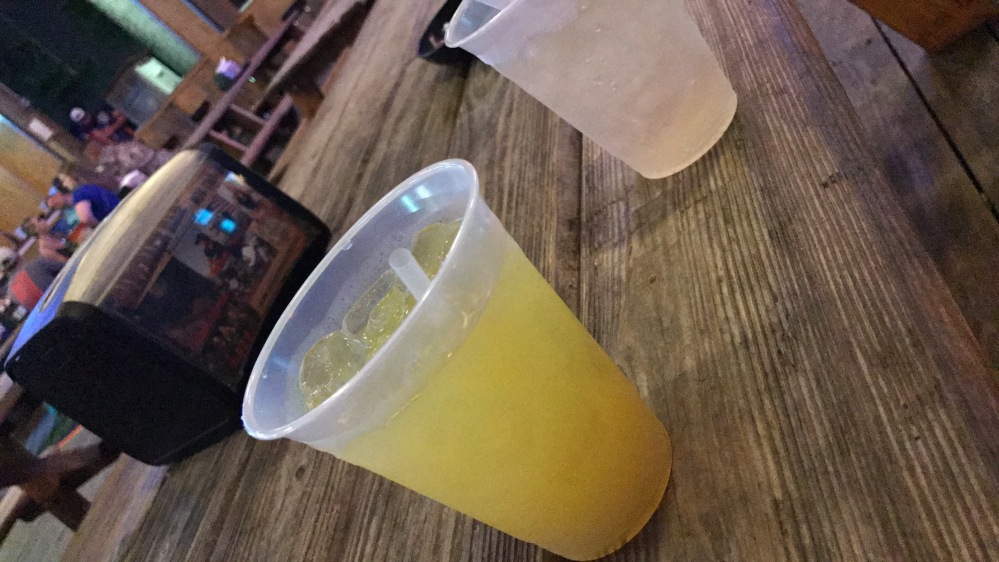 Friday, I went out to help a family friend with their home. It was so sad to see almost every house in this neighborhood had been flooded and this was just one neighborhood out of sooo many in our city. It felt good being able to do something to help even though I wished I could’ve done more. I was also amazed to see how many others were helping all over Houston. Just in this neighborhood, I met three college students from Lubbock who came down just to help people they didn’t even know and all they brought with them were clothes and a tent to sleep in. They of course ended up getting offered food, a place to sleep, and showers to use, but how incredible is that? Disasters are able to show you the good in the world that can be so hard to see sometimes.

Jordan’s family hosted their friends for dinner Thursday, Friday, and Saturday evening to provide them some good food and happiness while they were going through such a difficult time. On Saturday night, Mila snuggled with me for a little while and I remembered that I had met her that same day last year for the very first time. It was such a heartwarming thing to realize. 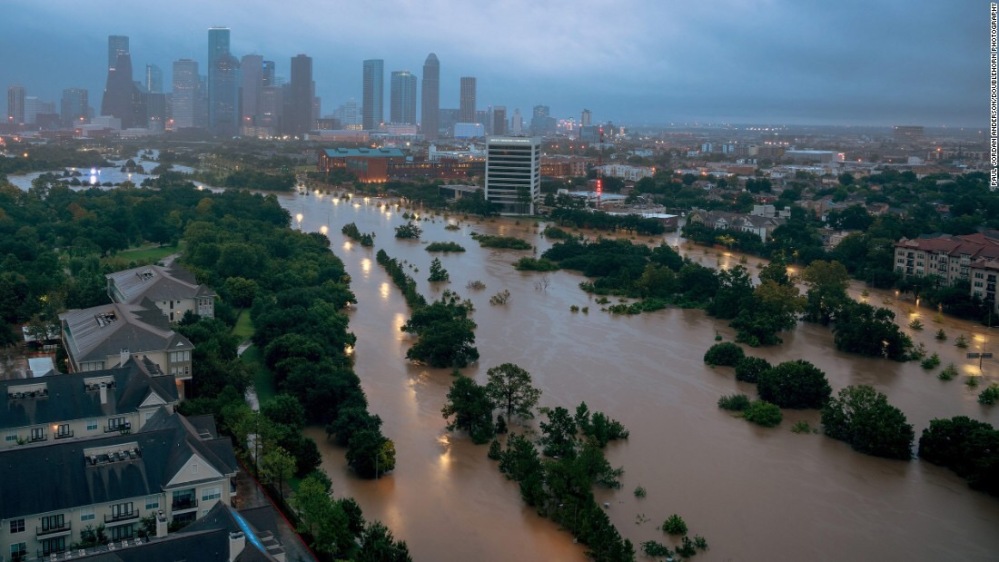 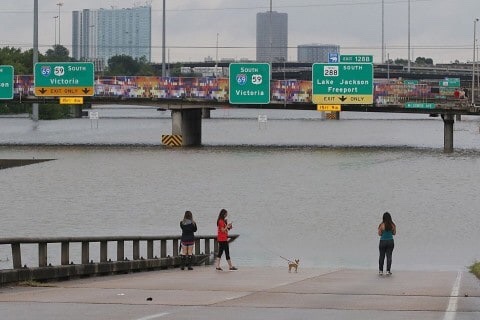 I was able to start working again on Friday and since that day forward we all have gotten back into the swing of things while Houston is still healing as a whole. I pray for those who lost everything and am so thankful to live in a city that has so much love and support for each other. #HoustonStrong

Will be back to write again very soon.