Man… my life has been a complete mess lately you guys. I have been going through some big changes that I will share with you all in my next post, but until then here is the month of July like I promised.

At the beginning of the month I did something a little different with my hair. I had been wanting to get it a little blonder, but was also wanting to be able to go darker during the Fall without damaging it. I decided on this two tone look that I’ve done in the past and absolutely loved. My hair has been growing more lately and I’m so excited about it 🙂

After my hair appointment, my dad made the family a lovely seafood salad. He made some salmon that was stuffed with crab meat, jumbo seasoned shrimp, and I paired it with Caesar salad, and walnuts. It was incredible!

A few days later, I attended one of my good friend’s going away party. He decided to be lame and move to Colorado. I’m still a little heartbroken about it, but I’m also very proud of him!

Went from one party straight to the next. My grandparents threw an early 4th of July party, so I got to have some fun relaxing with my family and good friends. 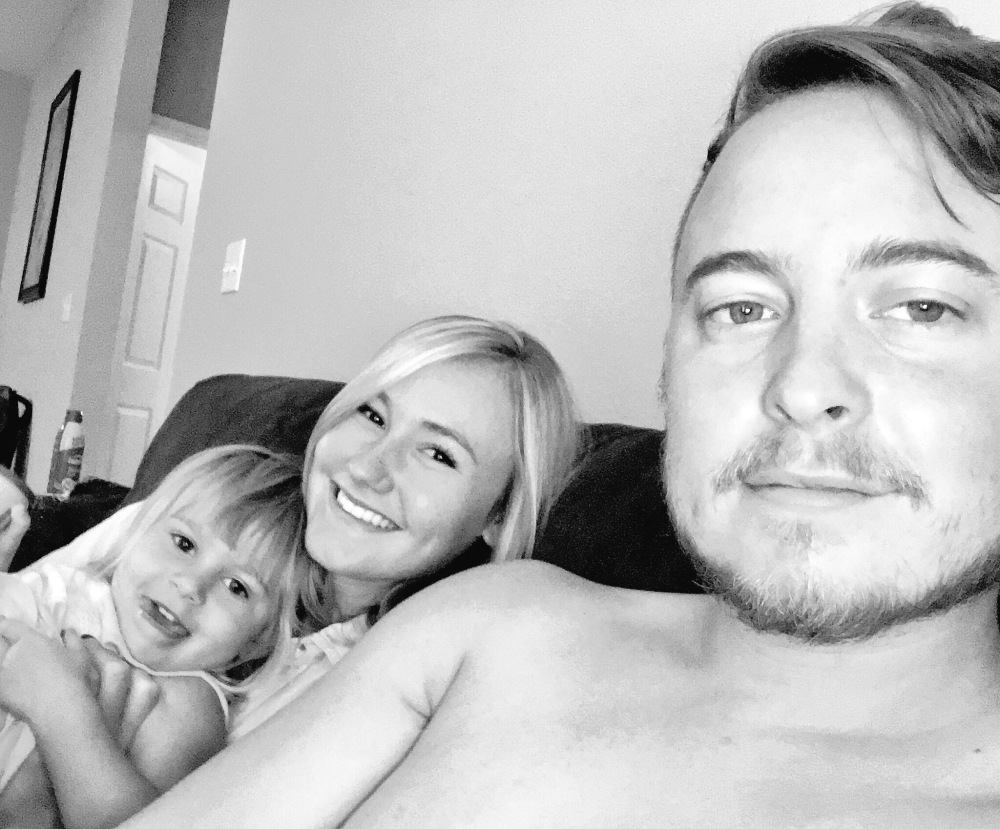 Jordan, Mila, and I went to see the new Despicable Me movie for the weekend premiere. It was so cute!! I almost fell asleep a few times because the new movie theater seats are so darn comfortable, but the movie kept me awake and entertained.

After church the following Sunday, Jordan and I stopped to get some sushi. I ordered two pieces of salmon sushi and a shaggy dog roll. Jordan ordered a shaggy dog roll and a yummy crunch roll. We left the table full and happy.

July 3rd I took Bay and Sam to Big Texas to celebrate their birthday’s. We had a great time dancing and playing pool. I tried to take a cool picture of myself to make up for the fact that I seriously suck at playing pool. 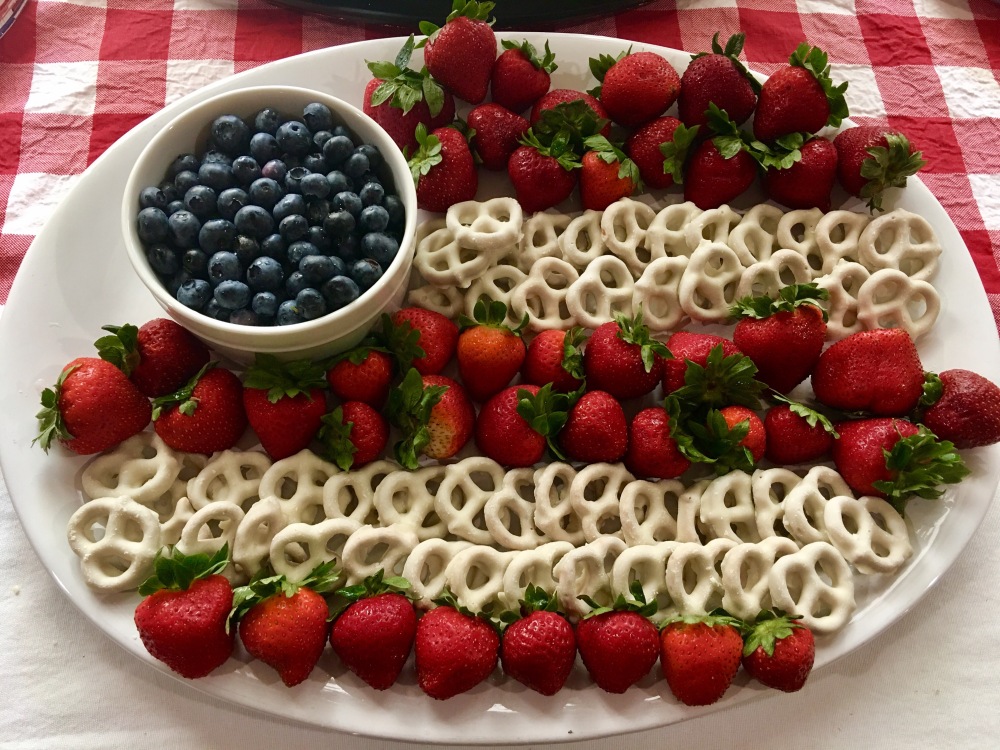 I could not wait for the 4th of July this year for some reason. I couldn’t wait to be patriotic and have fun celebrating this amazing day, but I also couldn’t wait to make this super cute American flag fruit dish. #Merica ​

We invited close friends and family over. Spent the whole day in the pool, eating hot dogs (I literally probably ate 5 throughout the day), and watched a beautiful firework show.

I had the pleasure of taking care of cute, little Mila while Jordan worked for part of July. We had such a wonderful time doing fun summer activities. It was also really nice getting to spend some one on one time together 🙂 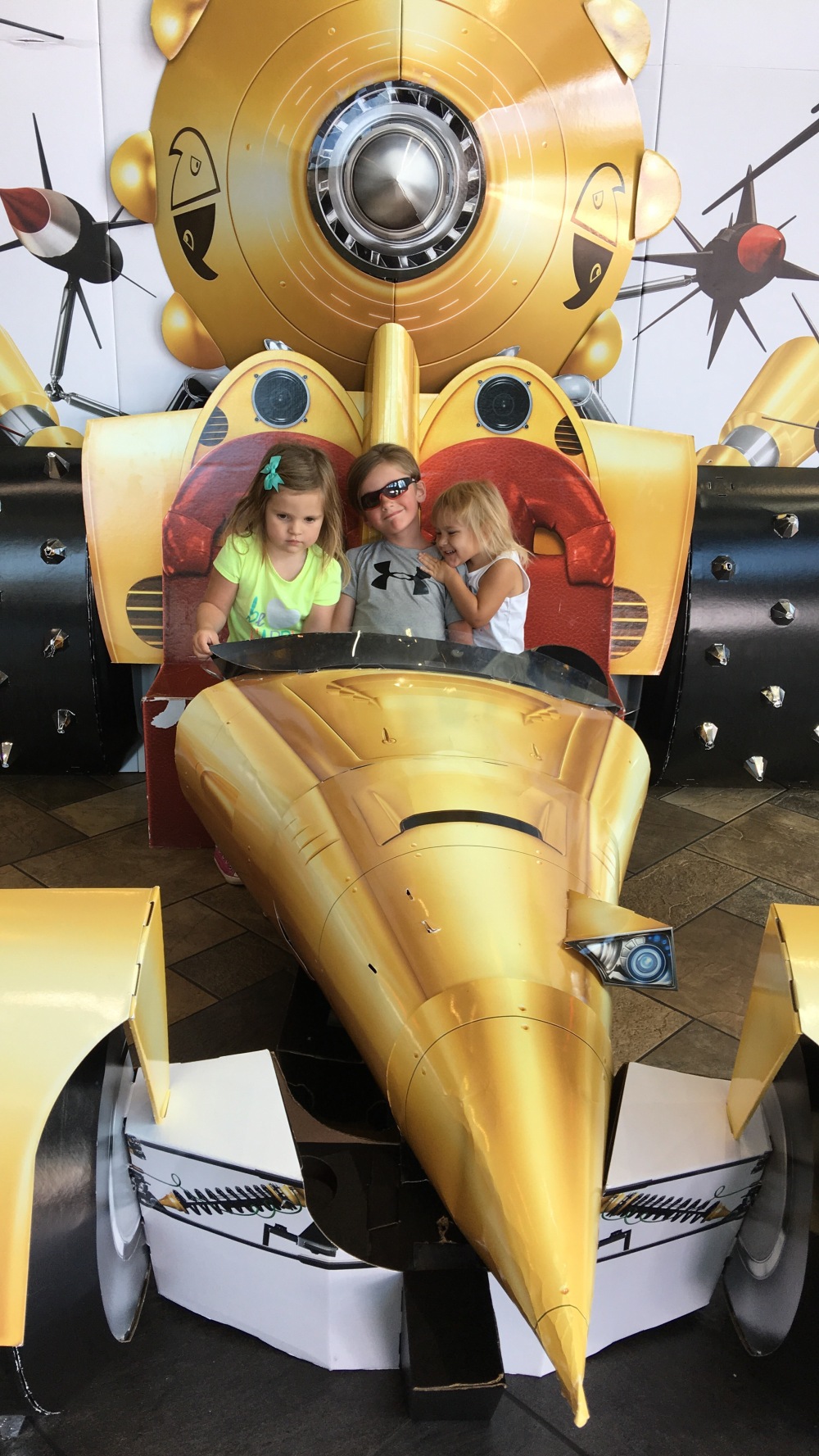 Our first day together, I took her to the movies with Hudson and my cousin, Dylan, then we came home for a much needed nap. 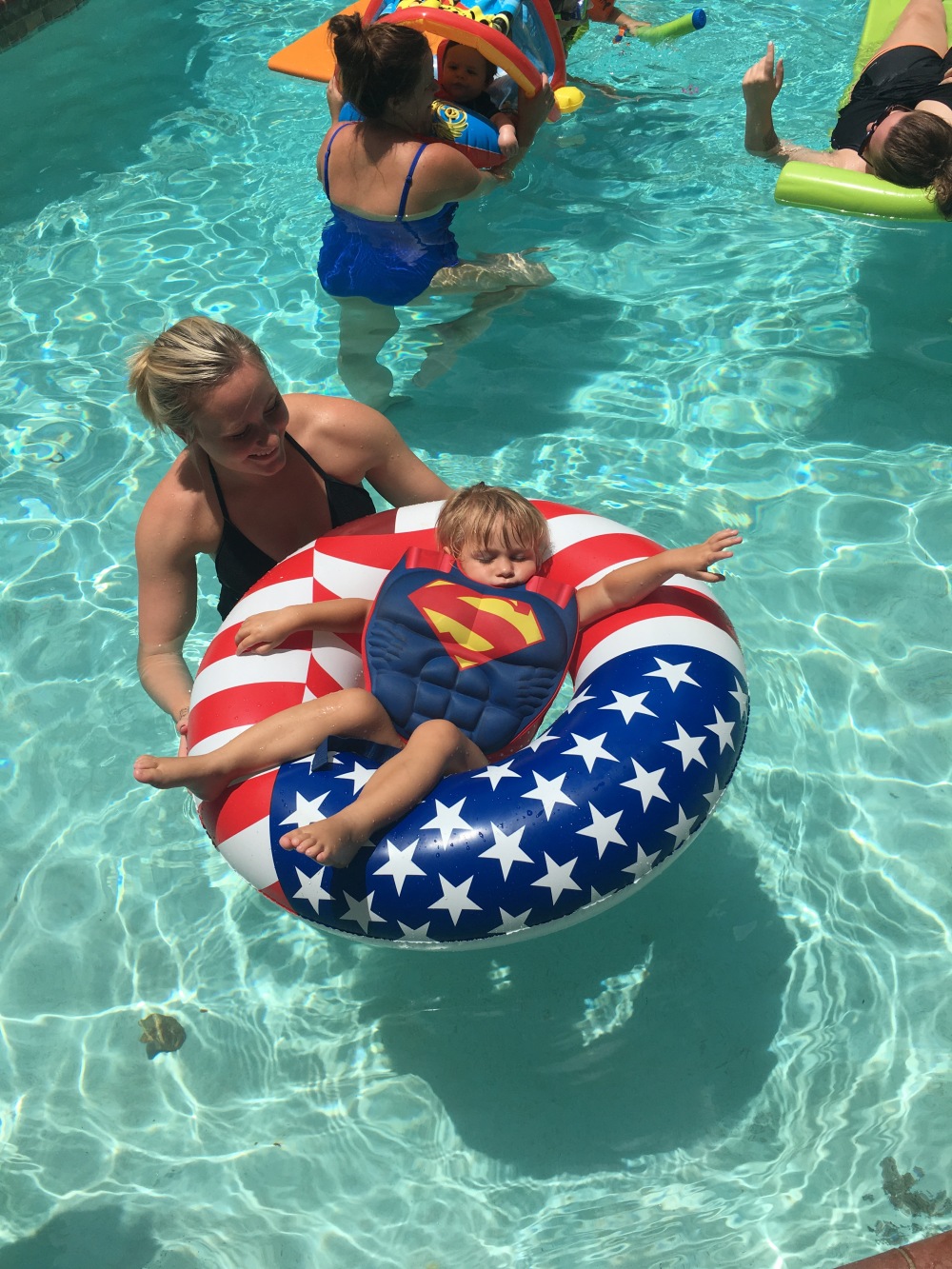 A couple days later, we all played at the park before heading home for a pool day. The pool felt amazing after standing outside in the Houston heat.

Jordan made yet another impeccable steak with some lemon pepper seasoned corn. It was amazing. Cooking and having dinner at home together is one of my favorite activities with him.

There was one week out of July that I worked out like THREE times. I was so proud of myself… things have been so insane in my life and my motivation for working out has absolutely sucked, but I truly plan to get back on track next week. It will not only help me get healthier physically and mentally, but it will help me rid some of the stress.

I just love this picture of little Hud and I. I look kind of silly, but he looks so cute. Wish I could reach through the camera and squish those little cheeks.

I was introduced to salmon sushi in June and became obsessed. Throughout the entire month of July I ate it multiple times a week. The awesome thing about it is that it’s healthy and super low calorie, but you can also get mercury poisoning if you eat too much, so be careful!!

Jordan and I hadn’t been able to go out on a date for a long time, so he planned something so special for us. First of all, he got me a certificate to get my nails done, which I cannot wait to finally use tomorrow. Second, he didn’t tell me what we were doing and surprised me with an amazing dinner at Perry’s. We got all dressed up, ordered a delicious bottle of Spanish wine, and shared Perry’s signature pork meal with some lobster macaroni as a side and some calamari as an appetizer that was mixed with pickles, jalapeños, and lemon to give it amazing flavor. I felt like a princess and our dinner was so nice and romantic. ❤️ 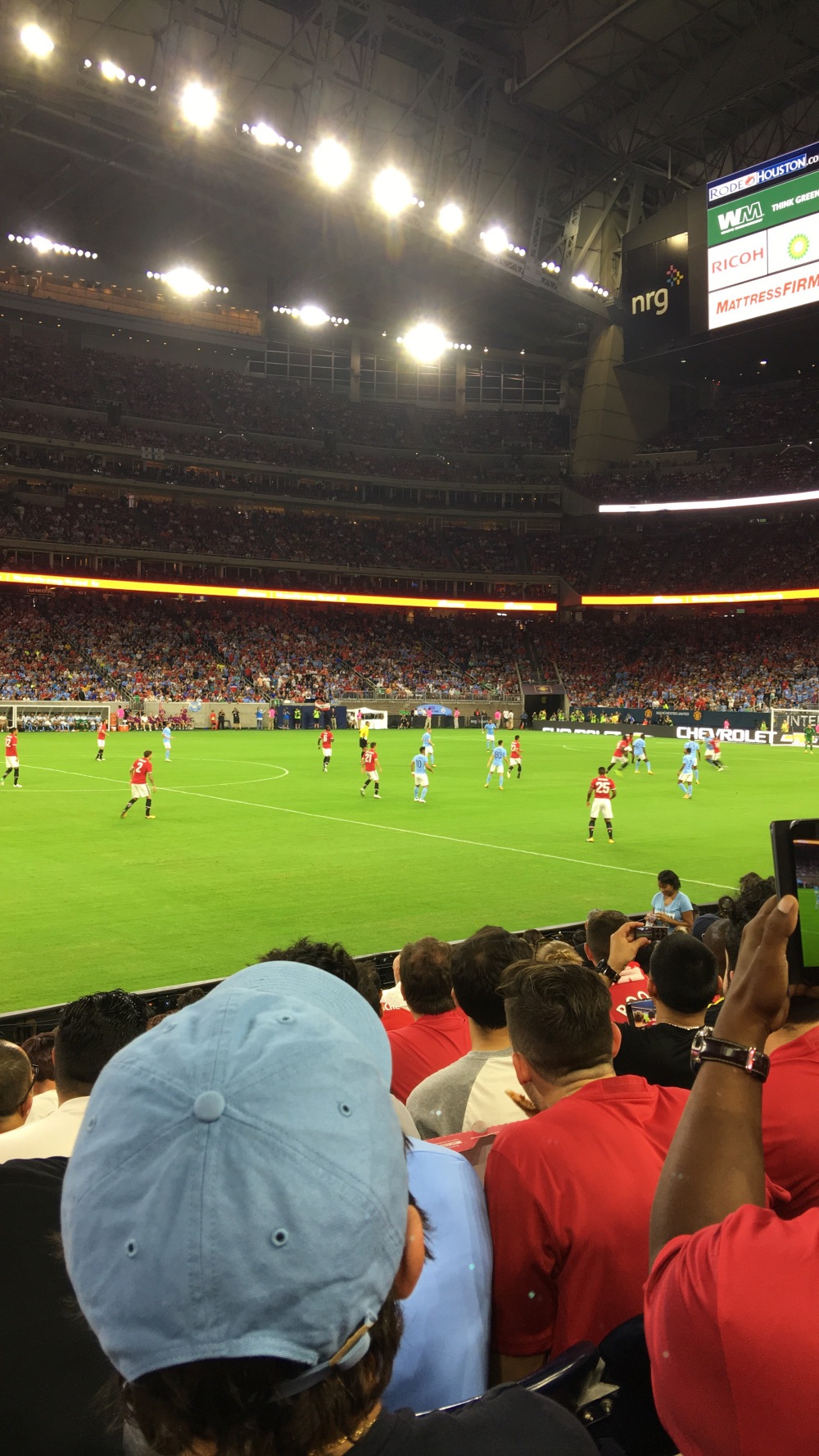 My family and I had the privilege of going to see Manchester United play Manchester City at NRG Stadium. It was one of the most incredible experiences of my life. The atmosphere was so cool and I really never thought I’d ever be able to watch a Manchester United match in person, so it was a dream come true.

That Friday night, my cousin, her boyfriend, Bailey, and I went to MO’s Irish Pub. We had such a nice/relaxing evening drinking and watching a live band play some cool music.

Saturday and Sunday were filled with apartment hunting (my next post will show y’all more about the apartment hunting) and amazing sushi. We went to Blue Fish and I ordered their 121 roll. It’s a massive roll that definitely fills you up and the taste is amazing!

I have tons of things to fill you all in on, but here is the month of July for you just for now 🙂

I hope y’all have a wonderful weekend and I’ll be back to write very soon!