I had this entire post written and then it decided to delete itself… Here goes another shot!

I wasn’t lying when I told y’all I had some exciting things planned last weekend. I actually had one of the best weekends and definitely had the best Valentine’s Day ever.

Friday night, Jordan met up with me for a burrito date at Chipotle. I ordered mine with brown rice, black beans, steak, and cheese. 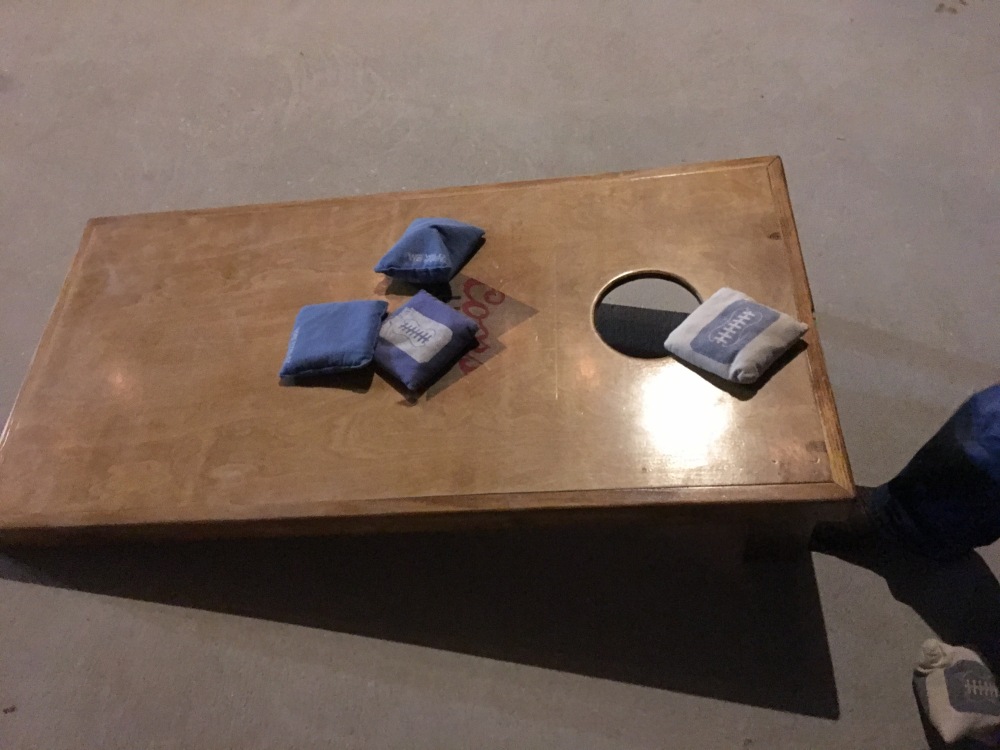 After dinner, we met with some of Jordan’s family at District 249 for some corn hole and dancing. We had some much fun two-stepping and line dancing to “Copperhead Road.”

Right before we left I requested one of our songs to be played (“She’s Everything” by Brad Paisley) and once we heard the song begin to play Jordan grabbed my hand and took me out on the wooden floor. Dancing with him to that song while he sang along to it in my ear was one of my favorite moments. We had such a fun night!

Saturday was a very busy day. I went for a mani & pedi after I got off work. I decided to go with red since Valentine’s Day was just around the corner. 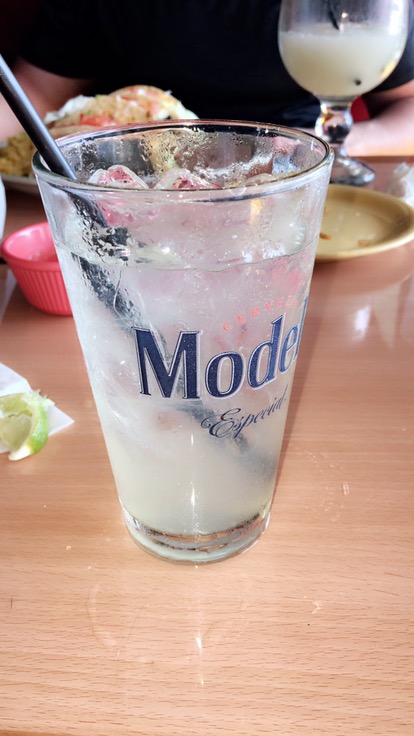 After I finished pampering myself, I went with my Dad to Rico’s for some afternoon margaritas. 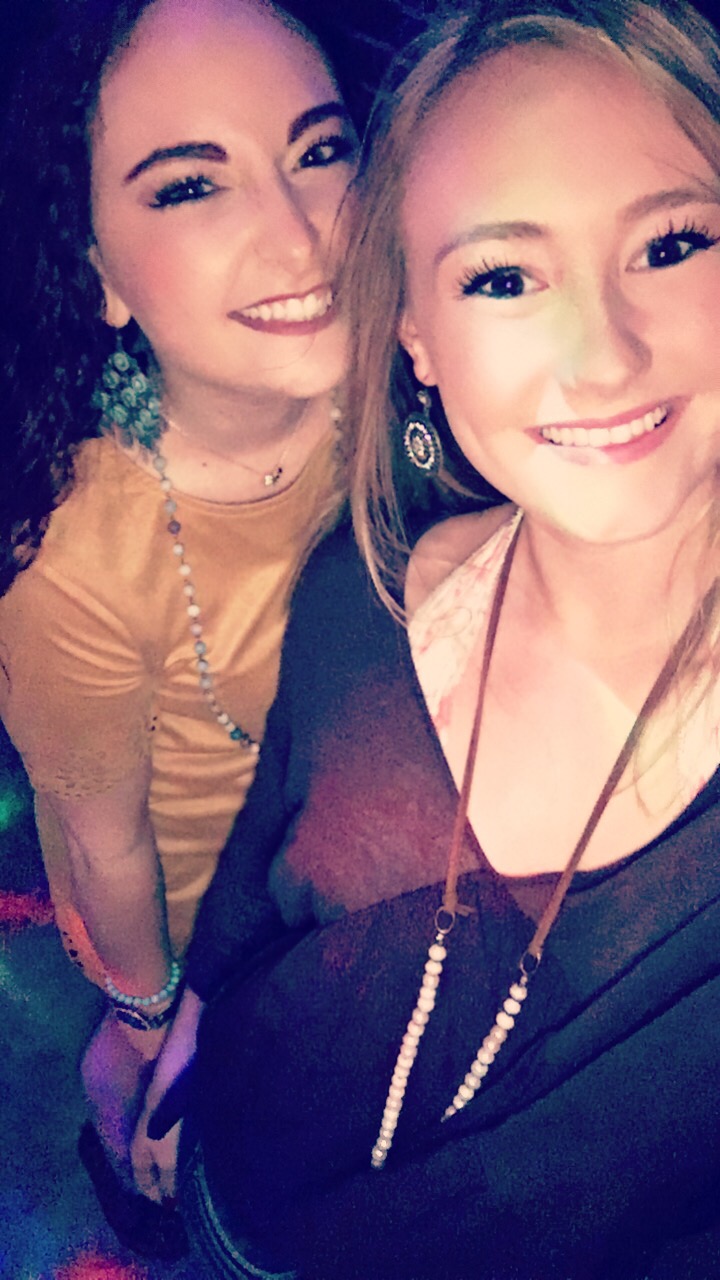 My grandparents threw a Valentine’s Day party on Saturday night. Everyone had to bring their own meat to grill while they had sides and deserts already prepared. Jordan grilled some delicious steaks for us.

Jordan, Brittany, and I had plans to go dancing so after having tons of fun and filling up our bellies, we headed to Big Texas.

We went to Big Texas for a night of pool playing and dancing. Jordan is annoyingly good at pool and I suck big time.

I had such a great time two-steppin’ and line dancing the night away. I’m so glad that Jordan loves to dance as much as I do because it makes going out or really many aspects of my life so much more fun. 😊 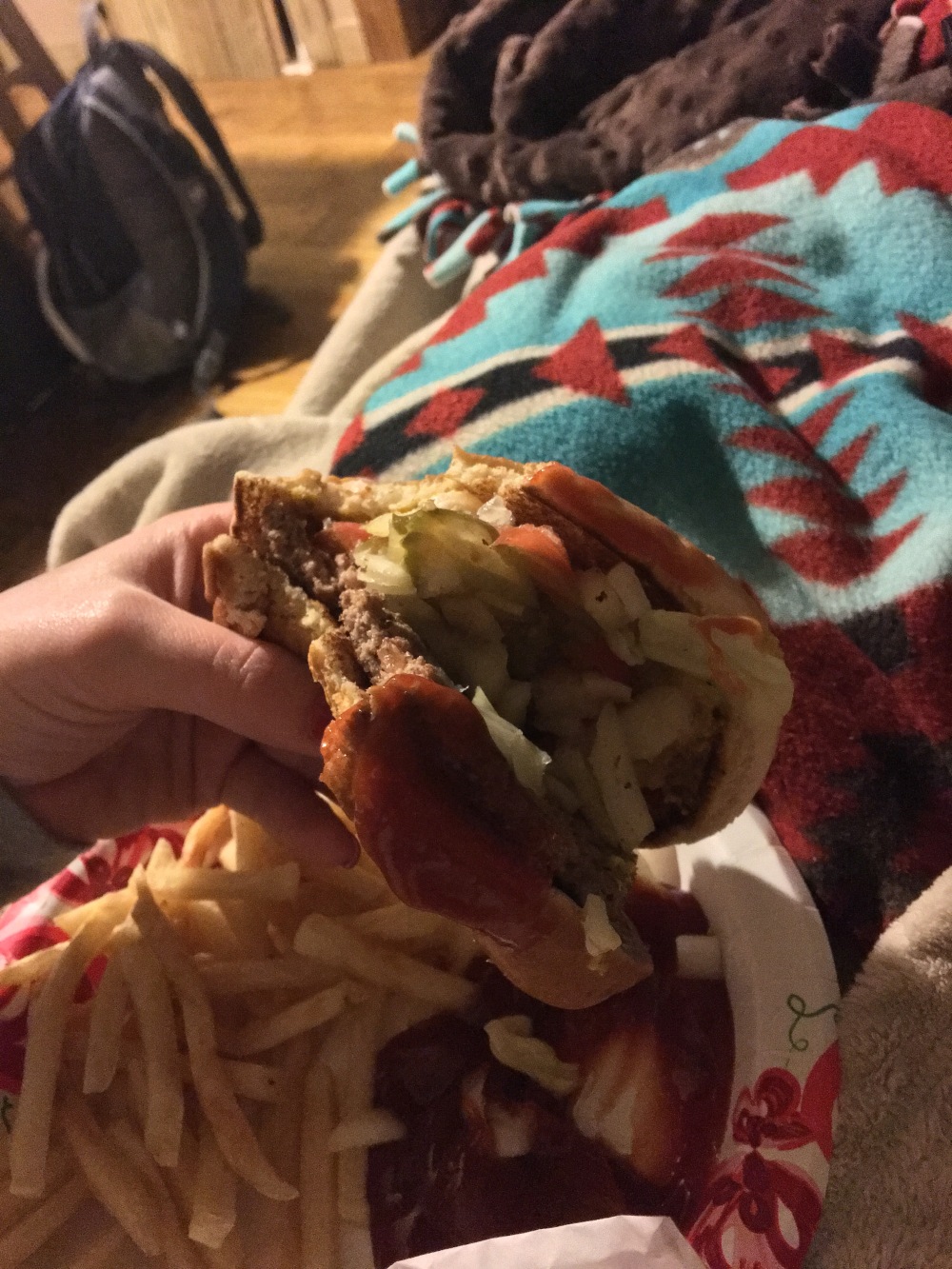 We convinced our Uber driver to stop by Whataburger for us and drunk me thought she could take cute pictures of our food… needless to say, the pictures aren’t very cute lol.

On Sunday, Jordan and I headed to Downtown Houston for MONSTER JAM!!! 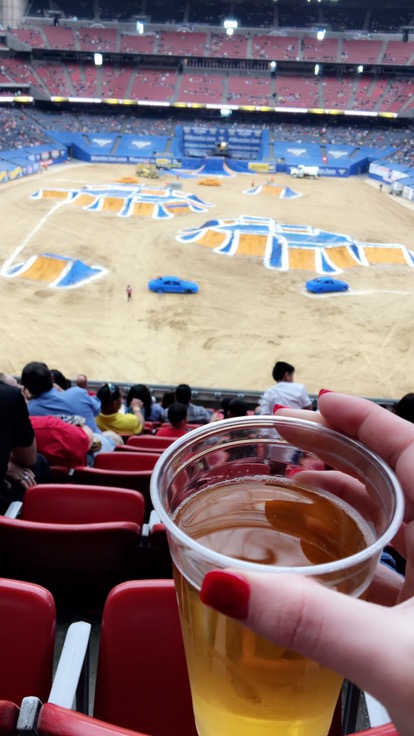 Jordan surprised me with tickets to this show and I was so excited. I had never been to Monster Jam before, but it was so much fun that I would love to go again! Sitting next to him, sipping a cold beer, and watching this fun show was such a blast! 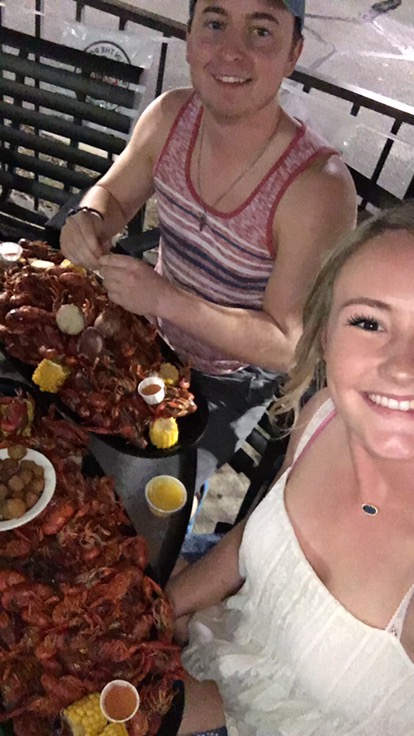 I had been craving crawfish all weekend, so I asked Jordan if we could get some after the show. We headed to Wolfies once it was over and ordered some yummy crawfish. I had never ordered crawfish before, so I left it up to Jordan and we ended up with 10 pounds of crawfish… We ate about half and saved the rest. I am now in charge of ordering our food from now on lol.

I had a surprise planned for Jordan this Valentine’s Day, but before I got started I had a crêpe date with my sister.

My Mom got me some of the sweetest Valentine’s Day gifts. She made me a mug that said, “Love you Piglet” in her handwriting and she also made me a shirt that I thought was hilarious.

I headed to Jordan’s apartment that afternoon to get everything ready for when he came home from work. I had so much fun decorating his apartment. It felt so romantic in there and he wasn’t expecting it at all. I loved watching his face as he walked through the door to see it all. ❤

I also made him his favorite homecooked meal that his Mom makes. I contacted her a couple of weeks ago to get the recipe and to practice making it so it tasted just right. He loved it and I was so happy! 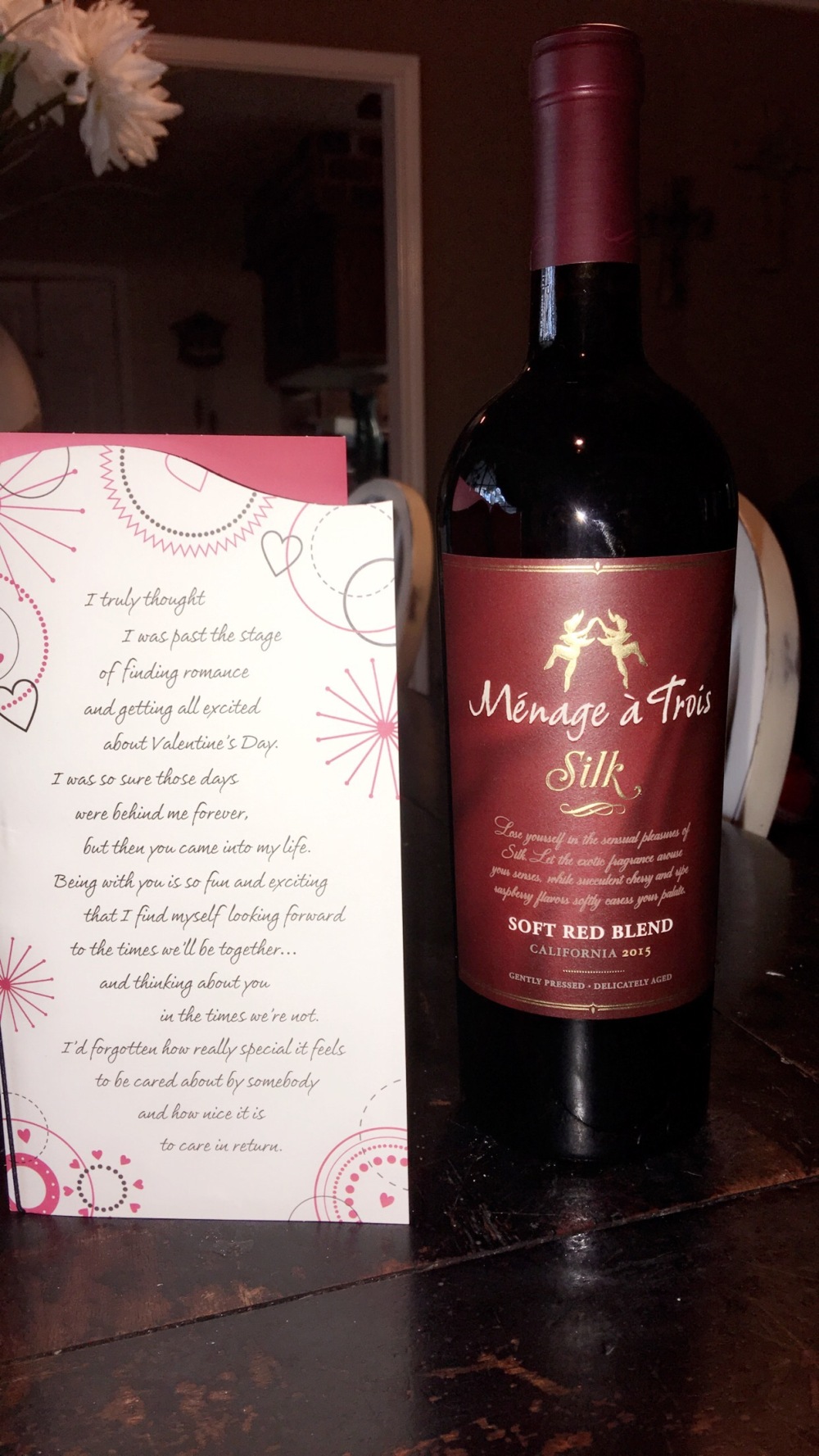 He surprised me with such a sweet card and one of my favorite bottles of wine when he got home. He is such a sweetheart. We ended the night watching “Deep Water Horizon” together, which was such a good movie. I had the best Valentine’s Day with my favorite Valentine.

I hope that you all have a wonderful Monday. I have so much more to share with y’all and will be back to write about it very soon!